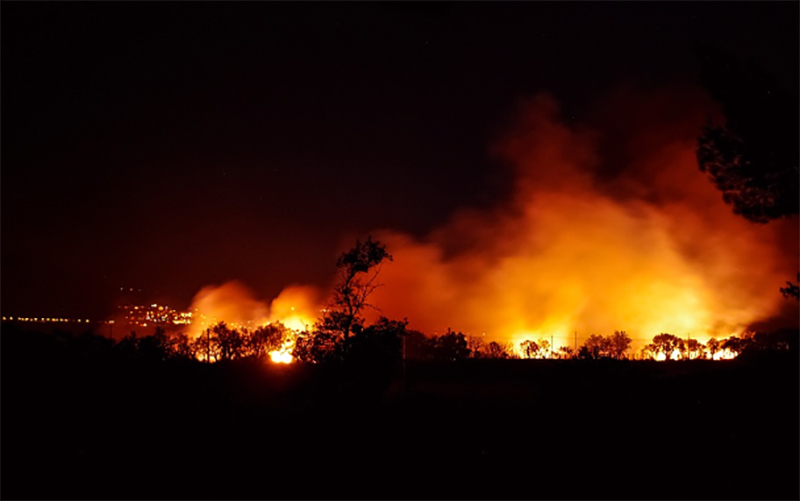 California: Firefighters in California are struggling to contain a fast-moving wildfire which is growing in size.

According to reports, the firefighters are combating excessive heat.

But it added that the fire activity is not as extreme as previous days, and firefighters are making progress, the British media reported.

A further 3,271 structures - both homes and businesses - are under threat, the California Department of Forestry and Fire Protection (Cal Fire) reported as quoted by BBC.

The blaze started on Friday.