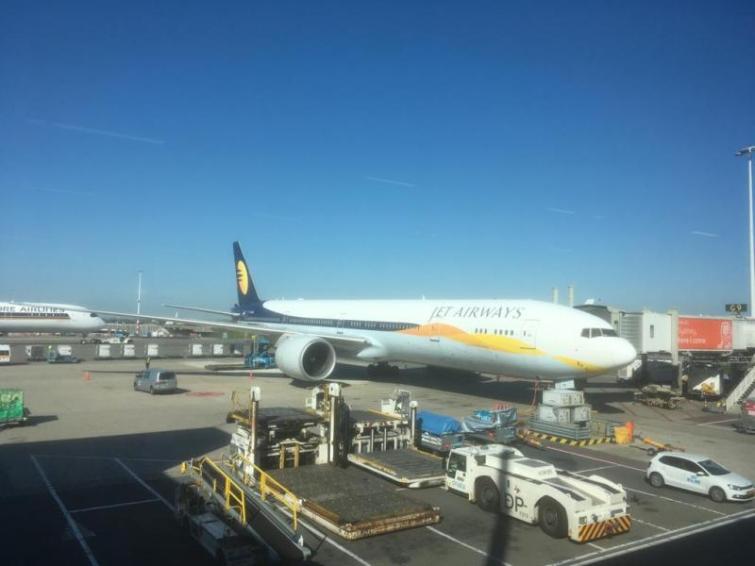 Mumbai, Apr 3 (IBNS): Amid the growing crisis, promoter and former chairman of Jet Airways Naresh Goyal on Wednesday said he has agreed to sacrifice the control and interest in the Airline for the sake of its lasting welfare.

In a statement released to media, Goyal said: "In order to absolutely ensure that they, emerge unscathed from the recent disruptions and continue to hold their heads up high in pride for having helped build, what I truly believe, is one of world's premier airlines, I have agreed to sacrifice my every control and interest in the Airline with sole aim to ensure the Jet family's lasting welfare."

Goyal, who along with his wife Anita resigned from the board of directors of the airlines recently, said it is his desire that the company provides meaningful employment and growth opportunities to every staff while fulfilling its commitment of safe flying to the patrons for a long time.

"To this end, I have conscientiously taken some hard, personal decisions," the former chairman said who considers the Jet Airways as his own family.

He said that as a part of the extension of his cooperation to the consortium of Indian lenders, he has fulfilled each and every condition laid down by them in a timely manner.

Goyal also mentioned that he provided all facilitation for the fulfilment of the "Resolution Plan" and signed on the dotted line as required to ensure the release of the much needed funds committed by the lenders.

In his concluding lines, Goyal said: "I have no doubt that, given the hard-earned legacy of warm Indian hospitality and magnificent service excellence consistently delivered across the jet network over the years, in short time, with all financial settlements in place, the Airline will regain its rightful place  in the company of the global greats."

Goyal resigned at a time when a majority of the cash-strapped airline's fleet has been grounded amid non-payment of dues to banks, suppliers, pilots and lessors.

Goyal and his wife had founded the airlines around 25 years ago.

As the Airline is struggling for its survival, its shares declined over 5 per cent on Wednesday.

In the last five days, the stock of cash-strapped Jet Airways has come off by 8 per cent to Rs 254.55, said reports.

According to an Economic Times report, "Jet Airways’ domestic operations now comprise 12-15 planes, making it the smallest operating pan-Indian carrier and also, according to industry experts, ineligible to fly on international routes."

Meanwhile, the company has also defaulted on Indian and overseas loan repayments, vendor dues and has been unable to pay salaries to its employees.

"Banks were to release an immediate additional debt funding of Rs 1,500 crore for Jet to tide through and part-pay its vendors and employees, but the funds have not been released yet," the Economic Times report added.

The resignation of Jet Airways founder Naresh Goyal and his wife Anita Goyal on Monday from the board of the airline has cleared the way for a Rs 1,500 crore bailout by a consortium of banks led by State Bank of India.

The bank are converting their debt into equity by taking a controlling stake in the 25-year-old airline for a token sum of Re 1.

In a statement, Jet Airways said as a sustainable solution to restore normality to the operations of the airline, its board took approved the following proposals:

1. The conversion of INR 1 of Lenders’ debt into equity by the issuance of 11.4 crore equity shares, in accordance with the RBI Circular of 12th February, 2018. With this, the consortium of Indian lenders, led by State Bank of India (SBI), will become the majority shareholders of Jet Airways.

2. Reconstitution of the Board of Directors of the company by:

o   Resignation of Promoter, Mr Naresh Goyal, Mrs. Anita Goyal, and Mr. Kevin Knight, nominee director of Etihad Airways from their positions on the Company’s Board.

o   The two nominees of the Promoter and one nominee of Etihad Airways will continue on the Board.

o   Two lender nominees will be inducted to its Board, subject to the receipt of requisite approvals.

As part of the Resolution Plan, the lenders will provide an immediate interim funding support of Rs 1500 crore to Jet Airways. The company will also engage with payment intermediaries for release of trapped cash. The airline will leverage the funding to partly clear pending dues towards lessors, vendors, creditors and employees in a phased manner.