Addressing the participants, the Vie President said, "AP AgTech Summit 2017 is an excellent opportunity for global leaders, start-up founders and technology experts to discuss innovative ideas for agricultural transformation in Andhra Pradesh as well as in the rest of India."

He said, "Agriculture plays a vital role in India’s economy. Agriculture, along with fisheries and forestry contributes around 17 per cent of the Gross Value Added during 2016-17 at 2011-12 prices." 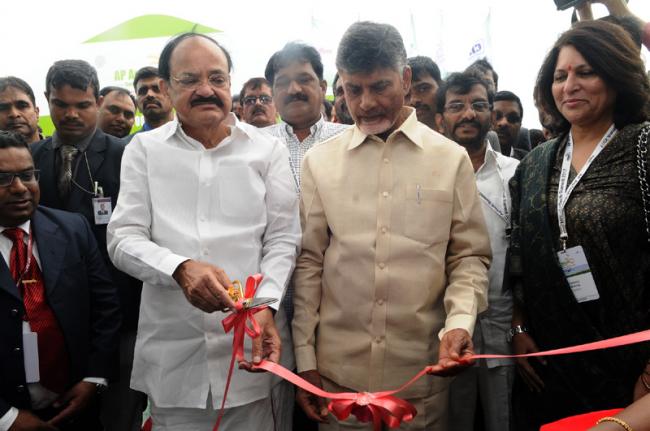 "Business as usual will not do, we have to innovate, we have to work with farmers to infuse knowledge and technology and we must use technology to enhance productivity and see that the economic benefits of increased production reach all the farmers," the VP said.

VP Naidu also pointed out that the government should give top priority to agriculture. "Linking rivers is the best solution for improving agricultural sector in the country," he said.

The Vice President also inaugurated the Exhibition on the Summit, and took a look at the displays. 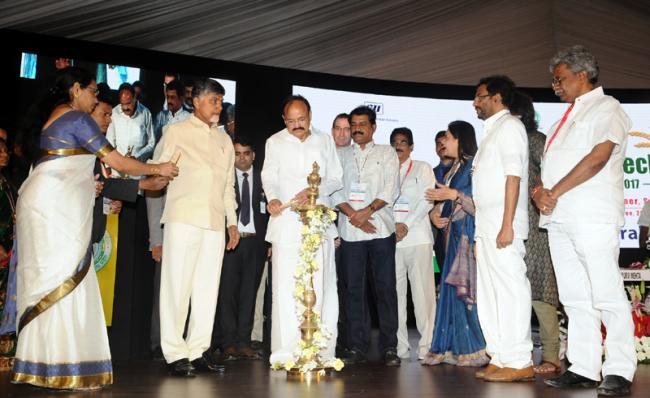 "Growing needs of our country’s increasing population require us to evolve our own home grown food security strategy. Increased production and efficient distribution of food grains can move our country forward to achieve the goal of zero hunger and adequate nutrition for all." the Vice President said.

The state's Minister for Agriculture, Horticulture, Sericulture and Agri-Processing - Somireddy Chandramohan Reddy, the Minister for Human Resources Development - Ganta Srinivasa Rao, the Minister for Endowments - Pydikondala Manikyala Rao and other dignitaries were present on the occasion.