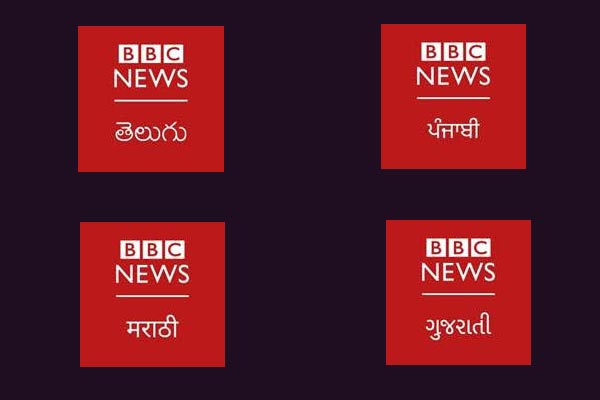 It also relaunched a nightly TV news bulletin in Hindi, BBC Duniya, to be broadcast on India News.

Director General of the BBC, Lord Hall of Birkenhead, is in India for the launch of the services.

Officially opening the BBC Bureau in Delhi, he said, “I’m delighted to be in India to mark such a significant milestone for the BBC. For decades, audiences in India have trusted the BBC to bring them impartial, independent news, and today millions more have the chance to access the BBC in their own languages.

We know the BBC is already held in great regard and affection across India, and we want to bring BBC News to new audiences, particularly the next generation of news consumers. We’ve recruited amazingly talented new journalists from across India, and it’s been an honour to meet many of them today.

The new services are available online and on social media, with a Telugu TV bulletin, BBC Prapancham, also starting on Saturday. This will be broadcast on Eenadu TV Andhra Pradesh and Eenadu TV Telangana.

This forms part of a significant BBC investment in India, including an expanded news bureau in Delhi with two new TV studios.

The Delhi bureau is now the BBC’s largest outside the UK. It will become a video, TV and digital content production hub for the whole of South Asia.

BBC has recruited more than 150 new journalistic staff from across the country.

K.Bapineedu, CEO of Eenadu TV Network, said, “The BBC has established its brand name as a credible news channel across the globe. The initiative from the BBC to produce international stories with a global perspective, in the Telugu language and to be broadcast on the ETV Network , will add value to our existing  endeavour of reaching the Telugu audience with the highest reach and authenticity.”

Kartikeya Sharma, Founder and Promoter of iTV Network, the owner and operator of India News, said, "The BBC is known for its well-researched and unbiased content, which will now reach our viewers in a language and format they can easily comprehend. India News is acknowledged as a channel that captures the pulse of the nation and promotes a brand of direct and responsible news coverage. With the coming together of the two, our viewers can look forward to getting a global perspective on stories of international significance from networks they can trust."

According to BBC News, it already broadcasts to 28 million people in Bengali, Hindi, Tamil and Urdu, as well as English.

The investment in India comes as part of the BBC World Service’s biggest expansion since the 1940s, made possible by £291m investment from the UK Government.

The BBC has already launched news in Pidgin, Afaan Oromo, Amharic, Tigrinya and Korean, with services in Yoruba, Igbo and Serbian to follow.

TV news bulletins in Marathi will be broadcast later this year, with Gujarati following next year, said BBC News.