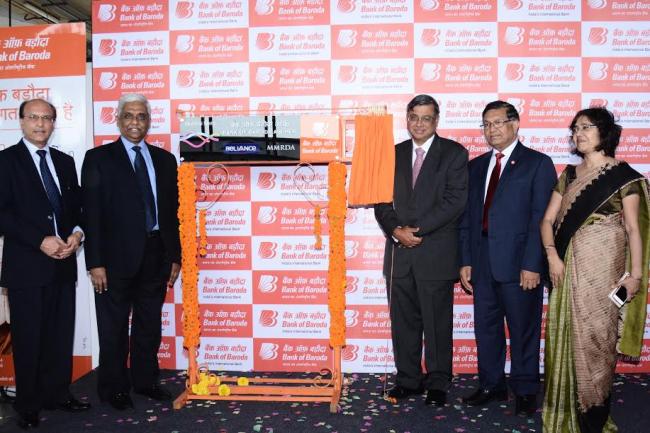 The station will be renamed as ‘Bank of Baroda Andheri’.

The strategically located ‘Bank of Baroda Andheri’ station will enhance the visibility of the brand and will offer an opportunity to design innovative engagement platforms to communicate with the commuters.

Bank of Baroda, will be the first bank in Mumbai to experiment with such station branding rights as a tool to showcase the credentials of the bank to about 1.5 lakh commuters who will travel daily from Bank of Baroda Andheri to different locations in Mumbai.

Bank of Baroda Andheri is one of the busiest stations on Line 1, with 21% of the passenger travelling through the station.

Bank of Baroda Andheri, works as an interchange station for commuters traveling between Western, Central and Harbour Lines of the Mumbai local trains.

P. S. Jayakumar, MD & CEO, Bank of Baroda, speaking on the occasion said “We are happy to announce the branding of Andheri Metro Station as ‘Bank of Baroda Andheri’. The station is a very important metro station of north Mumbai with an average commuter size of                  1.5 lakh every day. We intend to offer a unique banking experience to the commuters in the digital space through our experiential zones created at the station.”

The bank will create a touch point in the form of a ‘ME- LOBBY’, wherein the commuters can get the experience of unique and smart banking services. The bank will also organize experiential programs for the commuters at other metro stations in order to engage them.

Speaking on the occasion, Ashok Kumar Garg, Executive Director, Bank of Baroda said, “The bank will use the huge canvass of Bank of Baroda Andheri, as an extension of the bank’s brand story. We will be regularly engaging and communicating with the commuters through the different initiatives undertaken by the bank and also familiarize them with its product and services.”