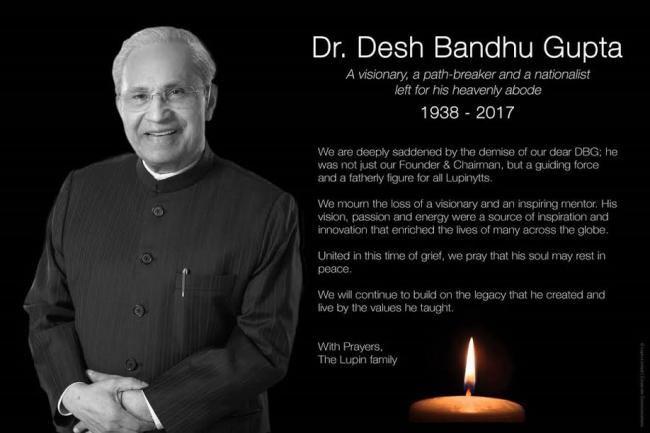 His death has been mourned by political leaders and industry stalwarts alike.

The media quoted Yusuh Hamied, Chairman, Cipla, as saying, "Under his personal guidance, Lupin has grown to now being the second largest pharma company in India."

Popularly known as DB of DBG to his friends, Gupta is survived by his wife and five children.