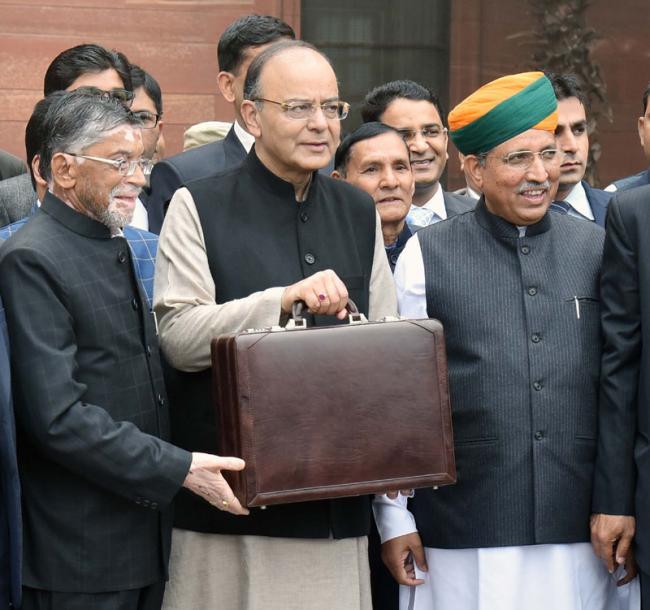 “Post demonetisation, rural landscape had come under stress along with the SMEs and the informal sectors of the economy and needed a boost. Credit commitments of Rs 10 lakh crore for farm sector along with several initiatives for helping agri-produce to get better prices are the initiatives which would be a growth driver for the agricultural sector besides favourable weather conditions and good Monsoon in 2016,” said ASSOCHAM President Sunil Kanoria.

“Model law on contract farming and involvement of states in easing of the APMC would be a game changer for the agriculture sector,” he added.

“Abolition of the Foreign Investment Promotion Board is a great signal to the foreign investors about furthering of reforms and ease of doing business in India. A boost to the digital economy by way of stepping in telecom infrastructure would bring in more transactions in the formal sector,” said the ASSOCHAM chief.

However, he said while the reduction of corporate tax for the small and medium enterprises with turnover less than Rs 50 crore, is a welcome move, the India Inc was expecting it for large firms as well. “At least the glide path towards lower corporate tax is clear; so is the case with the personal income tax, even though the relief is limited to those earning up to Rs 5 lakh.”

The Budget also removes uncertainty with regard to long term capital gains tax on equity, even as it gives a boost to the infrastructure and housing sectors. “The focus on investment in infrastructure would fill in the gap created by subdued investment from the private sector. Coupled with lower interest rate regime, we expect the demand creation to pick up.”

As for the war on black money, the Prime Minister needs to be complimented for making a beginning to introduce transparency in political funding by way of electoral bonds and limiting the contributions to the political parties to Rs 2,000. “Public at large would support all other moves against black money if political reforms are initiated and implemented; so, it is a good beginning,” said Kanoria.

All in all, it is no-frill and business like Budget that is high on capital expenditure spend, doing away with the plan, non-plan distinctions. With advancement of the Budget presentations and early passage   by Parliament, the quality of the government expenditure would improve as well.

“We look forward to implementation of the Goods and Services Tax. Along with a boost in capital spending in government sector like the Railways, roads, the demand for basic industries should pick up,” he said further.

He also said that infrastructure will get a major boost from this budget, the chamber asserts, since affordable housing now to be given infrastructure status, interest rates will be brought down for rural housing.

Steps to bring transparency in political funding, and no cash transactions beyond Rs. 3 lakhs are in right direction, asserted Mr Kanoria.