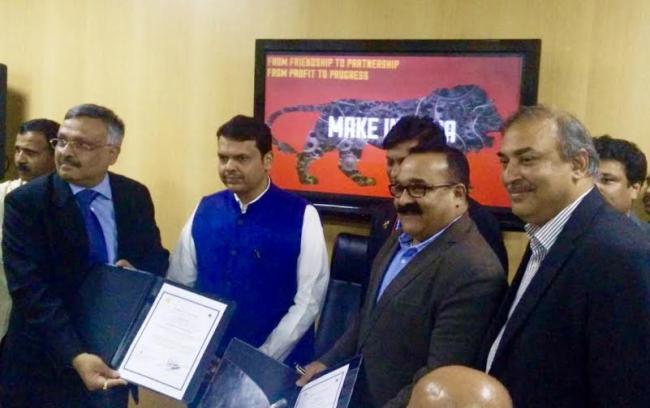 The significant investment was committed by Sunil Sood, Vodafone India’s Managing Director & CEO to the Chief Minister of Maharashtra  Devendra Fadnavis, at the recently held Make in India Summit.

Welcoming Vodafone’s commitment to further invest in Maharashtra, the Chief Minister said, “Vodafone is India’s largest FDI investor headquartered out of Mumbai. It has played a pivotal role in transforming the telecom landscape of our country. This new commitment is an endorsement of Maharashtra’s stature and potential to fulfil the Make in India and Digital India vision. My government will extend all possible cooperation to Vodafone to ensure that the planned projects and initiatives are executed in time.”

To cater to the initiatives, Vodafone will increase its staffing levels to around 15,000 employees over the next few years.

Speaking on the occasion,   Sood, said, “At Vodafone, we are enthused with the Government’s vision of Digital India and Make in India and are keen to be a partner in its delivery. Vodafone India serves over 194 million citizens, of which almost 100 million are from rural areas. We remain deeply invested in and committed to Maharashtra and are pleased to announce our enhanced investments in the state.”

Since starting operations in India in 2007, Vodafone said it has already invested over INR 113,000 crore in and over INR 111,000 crore contributed to the exchequer and is today the largest FDI investor in the country.