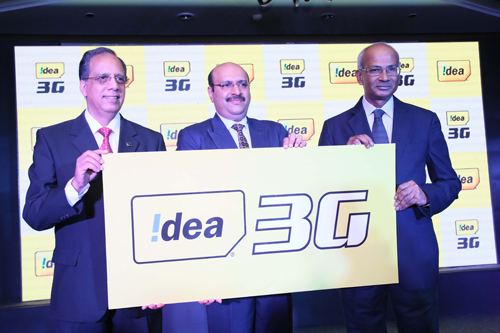 Idea’s national 3G footprint now covers 28 Indian states, with its own network set up across 13 large states, and through Intra Circle Roaming (ICR) agreements in the rest of the country.

Starting from - the Capital city of Chandigarh; to the progressive, agricultural belts of Nawanshahr, Jagraon, Malerkotla and Nabha; to the industrial hub of Ludhiana – Idea’s 3G network will grow to cover 170 towns across the state with 1800 3G cell sites by the end of FY15, the officials noted.

Speaking at the launch event, P Lakshminarayana, Chief Operating Officer - Corporate, Idea Cellular said, "Having witnessed consistent growth over the last 5 years, Idea is now well poised for the next wave of mobile broadband revolution, and has been investing in spectrum acquisition, network expansion, enhancing sales and service delivery channels, to proliferate mobile data services across the country."

"Our recent spectrum win in the 900 MHz and 1800 MHz band has now given us the ability to further expand our 3G network, and launch 4G services in key revenue markets including Punjab, at an appropriate juncture," Lakshminarayana added.

He noted that Idea is one of the leading mobile operators and the fastest growing in Punjab with a revenue market share of 21.3 percent as on Q3 FY14.

The company is now investing in setting up a robust 3G network in the state and has the ability to launch 4G services, as well, in future.

This will make Idea the only operator to offer all three mobility technologies - GSM, 3G and 4G – in Punjab, in the next few years.

Talking about Idea’s 3G offerings, Sudhir Pradhan, Chief Operating Officer – Punjab, J&K and HP, Idea Cellular said, "Idea is the only pan-India GSM operator to offer 3G services in Punjab and we assure our customers of a 3G experience ‘Like Never Before’."

He added, "With a wide range of 3G data usage plans and Idea-branded 3G devices at attractive prices and affordable EMIs, Idea customers can now conveniently switch from 2G to 3G in Punjab."