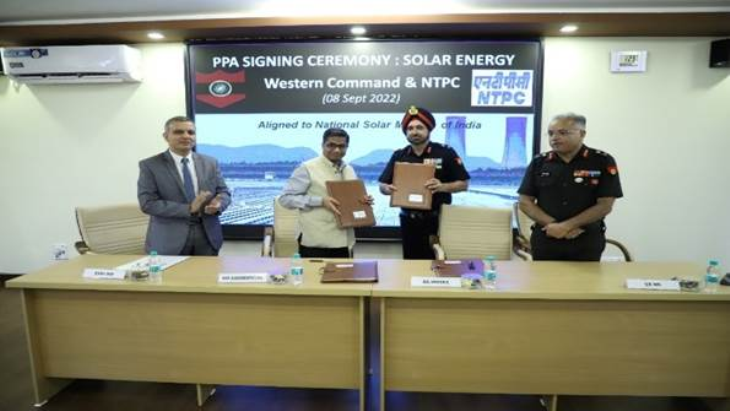 This is the first-ever agreement by the Indian armed forces for sourcing power from Renewable Energy sources.

This will go towards the gradual decarbonization of the armed forces.