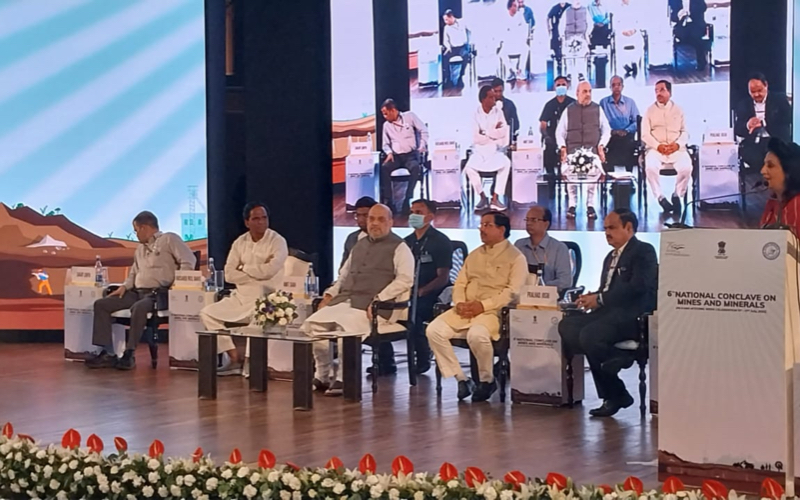 He said, "Compared to our neighbouring nations such as Pakistan and Sri Lanka, and even the USA, price rise is under control and India is coping better than others amid the Russia-Ukraine crisis."

Signalling major support for mining activities, the Union Home Minister said, "The mining industry with a yearly growth rate of 8.2 percent is the third-largest provider of jobs in the country and is a very important sector for India's growth."

Shah was delivering the keynote address at the sixth National Conclave of Mines and Minerals held in Delhi.

"Since PM Modi was elected in 2014, he prioritized and worked to make reforms in the mining industry," he stated.

Speaking on eliminating corruption in the mining sector, he said, "Ninety percent of deep-rooted corruption has been eradicated by the Narendra Modi government, leaving people completely surprised."

To help the small and medium scale businesses to scale up and increase the pace of export, Coal India will offer 22 percent discount on production cost.

Highlighting another significant reform, Shah mentioned that a 50 percent rebate would be given for early production.

Drone surveys have also been introduced as part of the mining industry, he stated.

To reduce dependency on imported coal, he said, "50 percent of captive coal blocks had been freed for auction."

Proving the efficiency of the latest coal reforms, Coal and Mines Minister Prahlad Joshi said, "Coal production has increased from 577 million in 2014 to 817 million as of now."

Taking a dig at Congress, Shah said Rahul Gandhi, who tried to paint G.S.T as a draconian tax regime, calling it 'Gabbar Singh Tax', should know that till now the G.S.T collection has crossed over Rs 1.62 lakh crore.