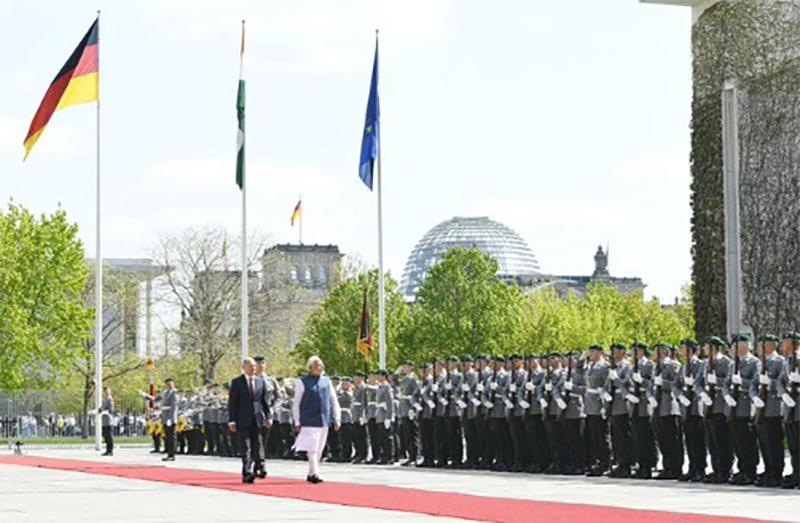 Berlin: Prime Minister Narendra Modi was on Monday received by German Chancellor Olaf Scholz at the Federal Chancellery where he was accorded a ceremonial welcome.

Later, the two leaders sat down for a tete-a-tete before heading for the sixth Inter-Governmental Consultations. Ministry of External Affairs spokesperson Arindam Bagchi, in tweets, said: “PM @narendramodi was received by @Bundeskanzler Olaf Scholz in a ceremonial welcome at the Federal Chancellery in Berlin."

This is the first meeting between PM Modi and Olaf Scholz, after the latter became Chancellor in December.

PM @narendramodi was received by @Bundeskanzler Olaf Scholz in a ceremonial welcome at the Federal Chancellery in Berlin.

The two had met at the G20 in October last year in Rome, when Scholz was Vice-Chancellor and Finance Minister of Germany.

After the IGC meeting, the two leaders will jointly address a Business Event. PM Modi will also address and interact with the Indian community in Germany.

This is PM Modi's 5th visit to Germany.

Earlier, he arrived in Berlin to a warm welcome from the Indian community.