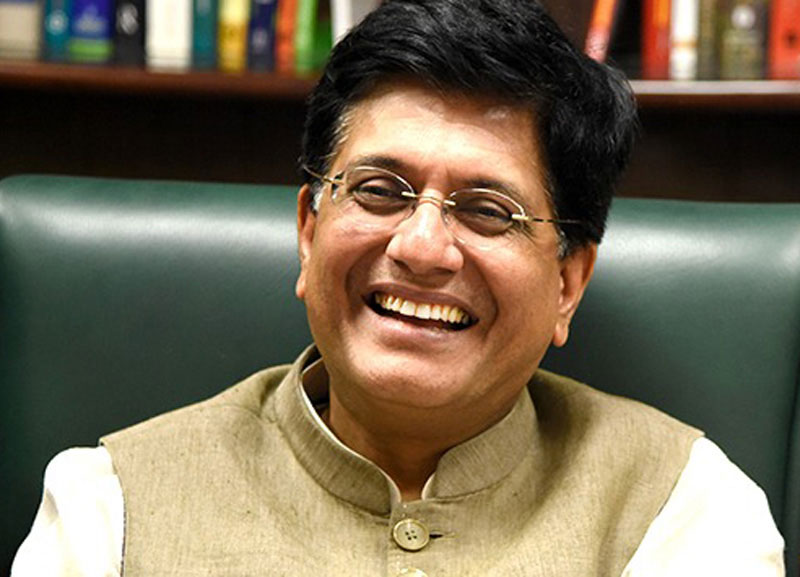 Indian textile industry has potential to achieve $100 billion in exports by 2030: Piyush Goyal

Delivering the keynote address at the Golden Jubilee Celebrations of the 'Confederation of Indian Textile Industry- Cotton Development and Research Association' (CITI- CDRA) in New Delhi today, he said the Trade Agreements would help in increasing exports from labour-intensive industries and underscored that Indian textile industry has the potential to achieve $100 billion in exports by 2030.

He stressed that India must also be open to receiving new technology, rare minerals, raw materials which are in short supply in the country from rest of the world at reasonable costs.

"This will only increase our production, productivity and quality, which in turn will increase demand for our products all over the world," he said.

Referring to the theme of the event 'Kapas ki Adhik Upaj, Shudh Upaj', he praised CITI-CDRA for working towards developing a robust cotton ecosystem by directly engaging about 90,000 cotton farmers.

The Minister observed that more than just a fiber, Cotton has been an integral part of Indian culture, lifestyle and tradition.

India enjoyed a monopoly in the manufacturing of various cotton textiles for about 3,000 years, and the entire world sang praises of the superiority of Indian fabrics.

By mid-17th century, Indian Calico and Chintz were superhits in Europe, he added.

Later, the Khadi 'Charkha' (spinning wheel) of Gandhiji became a symbol of Swadeshi and resistance against the British.

Once again Indian textiles must become a symbol of "Quality, Reliability and Innovation," he said.

Pointing out that the world today was looking for alternative manufacturing sourcing hubs owing to geopolitical reasons, the Minister said that Indian Textile Industry is in a very sweet spot to grab this opportunity and hit 'Mauke pe Chauka'.

It may be noted that Indian Textile sector accounts for about 10% (approximately USD 43 billion) of India’s total merchandise exports. India is the largest producer of Cotton with 23% of global production, sustaining 65 lakh people directly and indirectly, the Minister said.

Goyal called upon Indian cultivators to adopt new technologies and global best farm practices. He spoke of the AI technology that is enabling farmers in Australia to control spraying operations, as cotton crop is sensitive to spraying through data-driven decision making.

The Minister commented that modern Australian cotton growers were not just farmers but drone pilots, data analysts and agri-scientists. He said that we must augment the capacity of Indian farmers who are already very talented and capable, to make them experts in allied areas as well.

Listing the various interventions made by government for enhancing the productivity of cotton such as High-Density Planting System (HDPS), Drip Irrigation, rainwater harvesting, inter-cropping etc, the Minister said that we must place greater focus on special varieties of cotton such as the Kasturi cotton.

He called on the textiles and apparel industry to focus on sustainability and farmers to focus on natural methods of farming.

He said that we must encourage innovation, Research and Development and asked farmers to work in collaboration with ICAR, Agri-Universities, IARI and Cotton Research Institutes.

He also asked research institutions of eminence working in the field of cotton farming and textiles to work with each other to maximize production and productivity.

He called upon the nation to work together to achieve the 5F vision of Hon’ble PM for textiles - Farm to Fiber to Factory to Fashion to Foreign.

The Minister also said that we must aim for global dominance in organic cotton. He urged the nation to be Vocal for Vocal and take Local to Global.