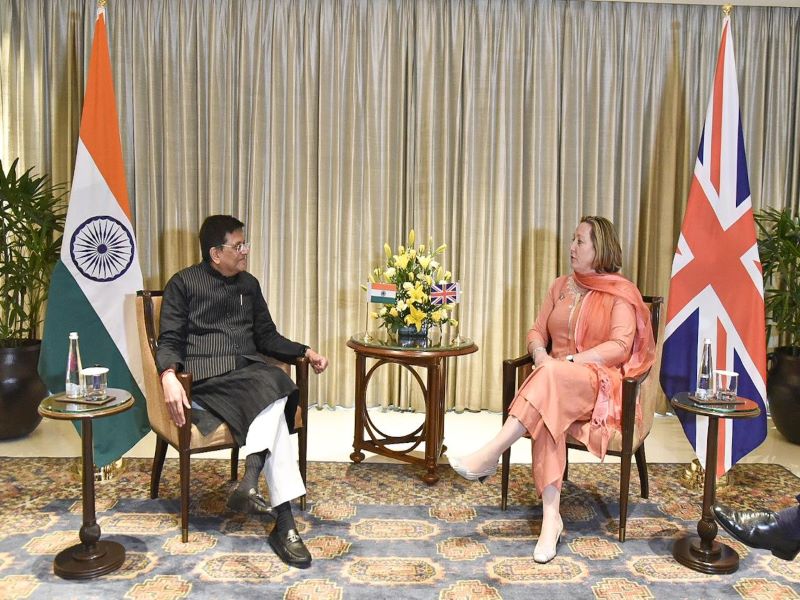 New Delhi/IBNS: As India and UK are set to work on building closer trade ties based on mutually agreed terms through a Free Trade Agreement (FTA), both sides expressed confidence that the deal would boost bilateral trade by up to £28 billion a year by 2035.

Union Minister of Commerce and Industry, Piyush Goyal, on Thursday, launched the negotiations between India and the UK for a Free Trade Agreement (FTA) between the two countries in the presence of British International Trade Secretary, Anne-Marie Trevelyan.

In a statement, the UK government said the deal would play a key role in realising its ambition to double trade with India by 2030, supercharging the growth of bilateral trade from £23 billion in 2019.

There are nearly 600 UK companies in India employing more than 320,000 people and international investment from Indian companies already supports 95,000 jobs across the UK, the statement noted.

A closer partnership makes it easier for businesses from both countries to collaborate to solve global challenges, building on the success story of AstraZeneca and the Serum Institute, it said.

A comprehensive free trade agreement (FTA) between the two countries can unlock economic benefits for both sides across a range of sectors including the research partnership between the two which is already worth £400 million, the statement said.

Both countries "will be proactively and regularly engaging with each other deliberating on different aspects of our relationship and fast-tracking the interim agreement or an early-harvest agreement where we hope to capture the low hanging fruits, which will provide opportunities for businesses on both sides and UK and India and help us substantially, enhancing the volume of trade in goods and services," he added.

Goyal said both sides were looking at "a very multidimensional economic partnership", adding that Prime Minister Narendra Modi and his British counterpart Boris Johnson in May 2021 had announced the India-UK trade partnership setting an ambitious target to double bilateral trade by 2030.

By 2050, India will be the world’s third largest economy with a middle class of almost 250 million shoppers and we want to unlock this huge new market for British manufacturers across numerous industries from food and drink to services and automotive, Trevelyan said in the statement.

Ahead of the launch of the FTA negotiations, UK Prime Minister Boris Johnson said: “The UK has world-class businesses and expertise we can rightly be proud of, from Scotch whisky distillers to financial services and cutting-edge renewable technology. We are seizing the opportunities offered in growing economies of the Indo-Pacific to cement our place on the global stage and deliver jobs and growth at home."

The two leaders had agreed on negotiating a comprehensive free trade agreement including consideration of an interim Trade agreement to deliver early gains.

Removing duties by the Indian side alone is expected to increase UK's exports to India by up to £6.8 billion, UK said in its statement.

An FTA will allow more companies to invest, create jobs, and level up both economies, the statement said.

Indian companies have raised nearly £14 billion on the London Stock Exchange (through Masala, Dollar, and Green bonds) between June 2016 and September 2021, the statement added.