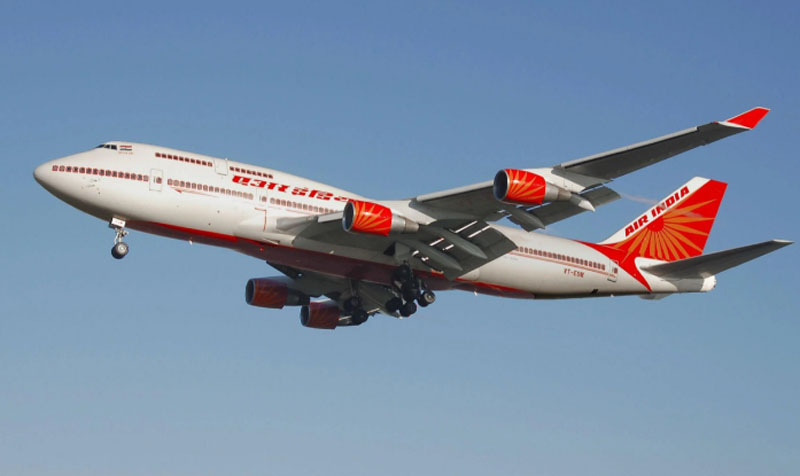 New Delhi: Tata group won the bid to acquire India's flagship carrier Air India, adding another airline brand in its hangar with the other two being Vistara and Air Asia India, here on Friday.

"Talace Pvt Ltd, a wholly owned subsidiary of Tata Sons Pvt Ltd, has emerged as a successful bidder for the sale of equity shareholding of GoI (Government of India) in Air India, in AIXL which is a subsidiary of Air India as a part of this transaction and 50 per cent of Air India in AISATS which is another joint venture of Air India along with management control," Tuhin Kanta Pandey, Secretary, Department of Investment and Public Asset Management (DIPAM) announced.

The transaction does not include non-core assets including land and building, valued at Rs 14,718 crore which are to be transferred to GOI's Air India Assets Holding Ltd (AIAHL), he noted

The salt-to-software conglomerate was widely seen as the front-runner in the two-player game.

A consortium-led by Ajay Singh, promoter of struggling low-cost carrier SpiceJet, was hardly seen in the race against the Tatas in terms of financial muscle or management bandwidth.

The country's largest airline IndiGo and other aviation behemoths and fund houses stayed away from the Air India bidding.

Meanwhile, senior BJP leader and Rajya Sabha member Subramanian Swamy has reiterated that he would move to court challenging the bid process for Air India.

While many aviation veterans see a turnaround of Air India in the hands of Tata group, its previous owner before it was nationalised by the government decades back, some question the wisdom of acquiring the struggling airline.

"There are known issues, known liabilities, union problems, all of that. Then there are the unknowns. You don't know who will pursue what claim against Air India," said an aviation veteran who was at the helm of a private airline earlier.

Rajan Mehra, however, sees the Tata-Air India deal as a game changer.

"It will be a shot in the arm for the aviation industry because an airline like Air India in the professional hands of Tatas can really boost the sector," he said.

Asked why neither of the two Tata airline ventures -- Vistara and Air Asia India was able to make profit since their inception, Mehra said, "There will always be ups and downs. Aviation is a different sort of business. If you look around the world, not every airline will be making huge profits. It's a passion game. It's something away from the normal profit and loss. Tatas are very passionate about aviation."

As per Books of Account of Air India for the period 2020-21 (provisional), the net block of fixed assets after reducing the accumulated depreciation is Rs 40,078.11 crore. This includes Rs 17,871.93 crore on account of right of use assets (leased aircraft fleet/land).

The value of the movable assets including aircraft, engines, plant and equipment among others stood at Rs 24,347.02 crore, the then Aviation Minister Hardeep Singh Puri had told Rajya Sabha in a written reply.

Under the NDA government led by Prime Minister Narendra Modi this was the second attempt to sell the national carrier.

In the previous term, the disinvestment bid proved to be a damp squib with no private entity submitting expression of interest (EoI).

As the transaction advisor for the sale of Air India cited the government retaining 24 per cent stake in the airline as one of the reasons for receiving no bids, it was decided to sell the airline lock, stock and barrel this time.

The other reasons listed out by transaction advisor EY for a no-show last time were high amounts of allocated debt for the prospective acquirer, changes in macro environment, individuals not being allowed to bid, profitability track record and bidders not being able to form a consortium within a given time period.