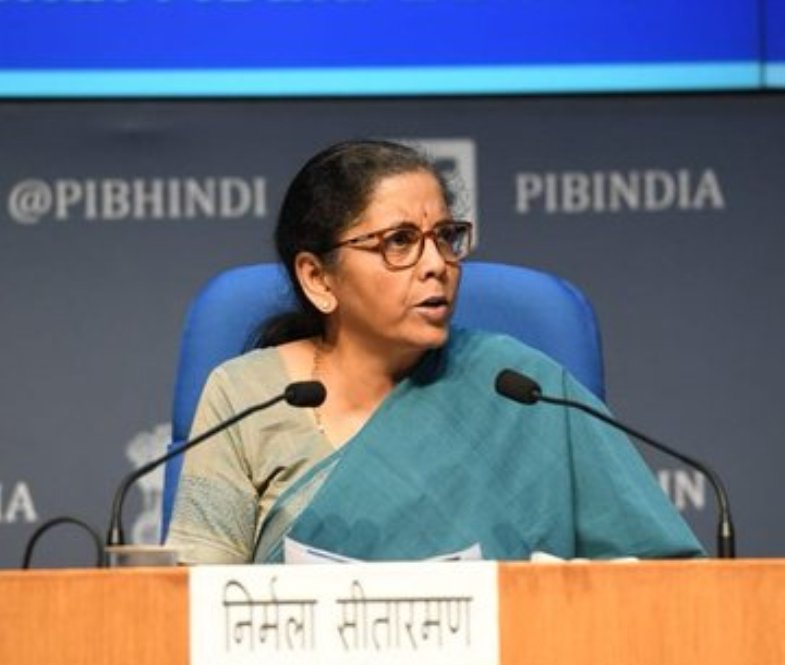 New Delhi/IBNS:  Union Finance Minister Nirmala Sitharaman on Friday announced that the GST Council has decided to extend the reduced rates on medicines used for COVID-19 treatment till December 31, 2020. The previous deadline was September 30.

On June 12, the GST Council, chaired by Sitharaman had announced that it will reduce the tax rates on most of the COVID-19 medicines and equipment.

It also announced that no tax will be levied on the medicines required for treating the Black Fungus.

The Revenue Department of the Finance Ministry had informed that the GST rates were lowered for 18 Covid-related supplies and concessional rates.

The tax cut was based on recommendations by a Group of Ministers amid the pandemic, which took a toll not only on the economy but the overall household management in the society.

The Council had then decided that no tax will be levied on medicines like the monoclonal antibody Tocilizumab and Amphotericin B, used for treating Black Fungus, a fungal disease that affects people infected with Covid.B.

Earlier, the GST rates on these medicines stood at 5 per cent.

It had also reduced the rates on anti-coagulants such as heparin and Remdesivir - a drug for treating COVID-19, from 12 per cent to 5 per cent.

The rates on temperature check equipment was reduced from 18 per cent to 5 per cent.