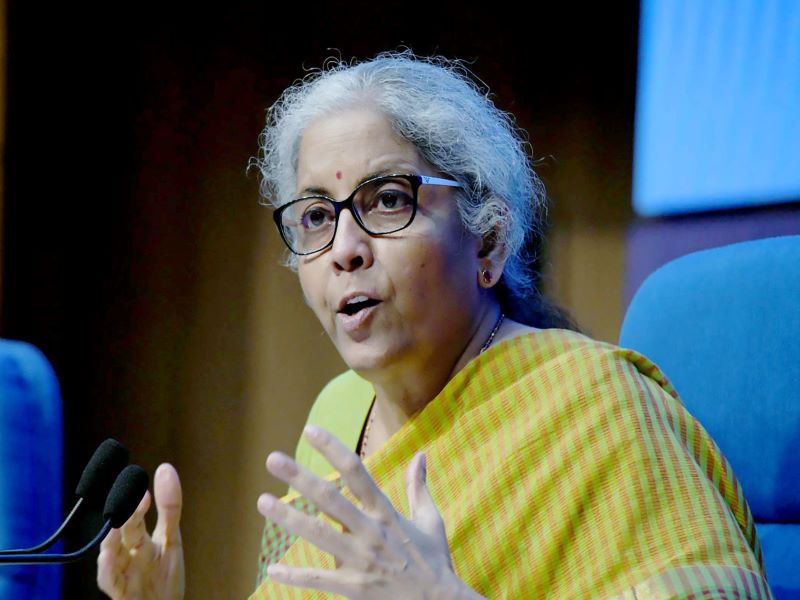 Cabinet approves DICGC Bill; Depositors of stressed banks to get up to Rs 5 lakh insurance within 90 days of moratorium

New Delhi/IBNS: In a move to bring relief to the depositors of troubled banks, the Union Cabinet has approved the Deposit Insurance and Credit Guarantee Corporation (Amendment Bill) on July 28, Finance Minister Nirmala Sitharaman said.

DICGC is a wholly-owned subsidiary of the Reserve Bank of India that provides insurance cover on bank deposits.

The amendment will allow the depositors to get back amounts below Rs 5 lakh within 90 days even if a bank is put under moratorium by the Reserve Bank of India.

The Bill provides insurance to all bank deposits and covers all commercial banks, Sitharaman said in a media briefing post the Cabinet meeting.

It increases deposit insurance coverage and cuts down the time taken for depositors to recover sums in case a bank is hit by a financial emergency.

"This decision will give relief to depositors whose banks are already under moratorium. We will be nearly covering 98.3 percent of all depositors," Sitharaman said, adding that the bill will be tabled in Parliament in this session itself.

"As per the bill approved by cabinet, each depositor's bank deposit is insured up to Rs 5 lakh in each bank for both principal and interest. Increase of insured amount from Rs 1 lakh to Rs 5 lakh will cover 98.3 percent of all deposit accounts and 50.9 percent of deposit value," Sitharaman said.

“Normally, it takes around eight to 10 years after complete liquidation to get money under insurance; but now, even if there is a moratorium, within 90 days, the process will definitely be completed, giving relief to depositors, '' the Finance Minister said.

Sitharaman said the relief provided is above the global average as only 80 per cent of all deposit accounts get covered under similar deposit insurance schemes, and only 20 to 30 per cent of the deposit amount get covered.

The government had increased the deposit insurance cover on deposits by five times to Rs 5 lakh to provide support to the depositors of the ailing banks like Punjab Maharashtra Cooperative(PMC) Bank.

When other banks like Yes Bank, Lakshmi Vilas Bank also came under stress and had to be put under moratorium, followed by restructuring by RBI and the government, the customers faced acute distress wondering if they would be able to get their money back.

The amendment bill was proposed in the last Union Budget.

The deposit insurance will be effective when the licence of a bank is cancelled and the liquidation process begins.