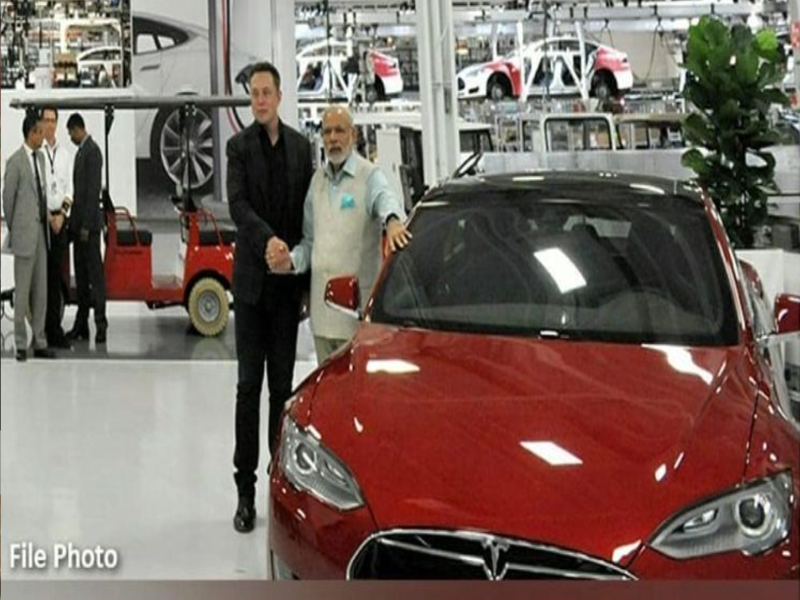 The American electric car giant has registered as a company in Bengaluru and started its operations in India with an R&D unit in Karnataka's capital, state's Chief Minister YS Yediyurappa had said on Tuesday.

Musk's tweet is the first reaction after news of Tesla setting up an office in Bengaluru had surfaced.

He was responding to Tesla fan site Tesmania's tweet. The fan site in a blog noted that around 85 million people in India can afford to buy a premium car and are the target segment for Tesla. It also stated that India has a huge market for Tesla's growth and many among the country's richest had been waiting for the company's arrival.

It also pointed out that the Tesla cars may come within the reach of the Indian middle class in due course of time as the company starts its own production, reducing tariffs which are added to a car's actual price when imported from another country.

According to reports, Tesla Motors India and Energy Private Limited was formed on January 8 with its registered office in Bengaluru, India's technological hub.

The other states where Tesla may set up operations or its offices are Maharashtra, Gujarat, Andhra Pradesh, and Tamil Nadu which already enjoy the presence of several auto manufacturers as well as component suppliers, original equipment manufacturers (OEM).

Tesla is also looking to ink partnerships with local manufacturers for sourcing components and the Karnataka government has already offered Tumkur, near Bengaluru to set up the plant, claimed media reports.

In early 2020, Musk had suggested that the company will enter India in 2021 while responding to a tweet by a handle from India called Tesla Club. “Next year for sure,” Musk had replied.

In December last, Union Minister for Road Transport and Highways and the Minister of Micro, Small and Medium Enterprises Nitin Gadkari had confirmed that US clean energy and  electric vehicle company Tesla will “start operations” in India in early 2021.

According to previous reports,Tesla will introduce its more affordable Tesla Model 3 and  the bookings for the car will start in a few weeks, the Indian Express had reported. However, the Economic Times reported that the sales of the Tesla cars will start only in the second half of the year.

The fully completed units will be imported to India and sold at a price of Rs 55 lakhs.

Tesla had planned its India entry in 2016 but backed out citing change in import policies and poor infrastructure for electric vehicles.

Meanwhile, the BJP posted a photo on Instagram of Prime Minister Narendra Modi and Elon Musk next to a Tesla car.

"PM Narendra Modi interacting with the CEO of Tesla in San Jose in 2015," read the post that recalled the visit of the Prime Minister to Tesla campus.

The prime minister had a one-hour tour of the facility during his vistit to the US five years ago.

The text said: "World's leading electric car manufacturer Tesla Inc, which had expressed its intent of starting operations in India, finally set up its office in Bengaluru. On January 8, the electric vehicle manufacturer set up its company 'Tesla India Motors and Energy Private Limited" in India with its registered office in the capital of Karnataka.