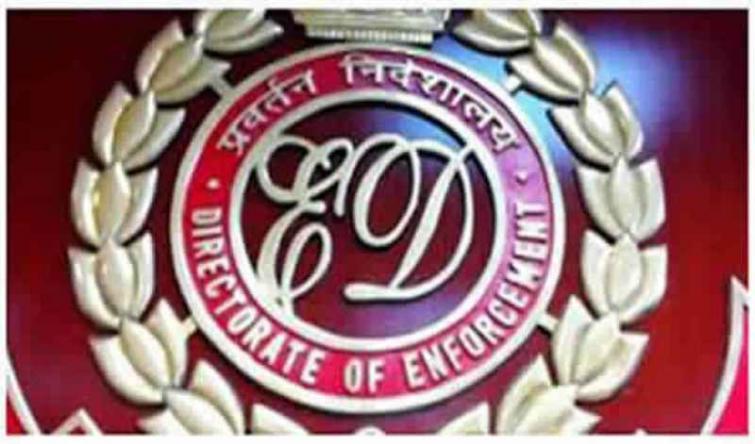 New Delhi/UNI: Directorate of Enforcement (ED) on Monday said that it has provisionally attached assets worth Rs 2.70 crore of Sanket Media Pvt Ltd, its Director PVS Sarma in a case related to cheating and forgery under Prevention of Money Laundering Act (PMLA) 2002.

The attached assets are in the form of  immovable properties totaling to Rs 2. 46 crore comprising of seven shops, flats, plots in various locations in Surat, having market value of Rs eight crore and the  movable assets totaling to Rs24 lakhs  in the form of fixed deposits and balances in bank accounts held in the name PVS Sarma, Sanket Media Pvt Ltd and P Sushant Sarma who is son of PVS Sarma.

The central financial probe agency initiated investigation under PMLA on the basis of FIR registered by Gujarat State Police (Umra Police Station, Surat) under sections 465,468,471,420 and 120B of the Indian Penal Code 1860 pursuant to investigation conducted by the Income Tax Department against PVS Sarma and his company.

According to the ED officials, PVS Sarma was  involved in printing and publishing the newspaper Satyam Times in both Gujarati and English language.

PVS Sarma using  the Sanket  Media Pvt Ltd  has indulged in conspiracy and cheated the Government and private advertisement companies by performing forgery and by doing so they have received Rs 2,70,00,000/- towards advertisement.

“For this purpose, bogus purchase of raw materials was shown by making false entries in the books of accounts from bogus companies and by creating bogus documents and making its usage as true and thus have committed the offence”, the probe agency officials said.

In this case, the key accused Sarma was arrested November 26 last year under PMLA for his involvement in money laundering, the ED officials said, adding that further investigation in this case is under progress.