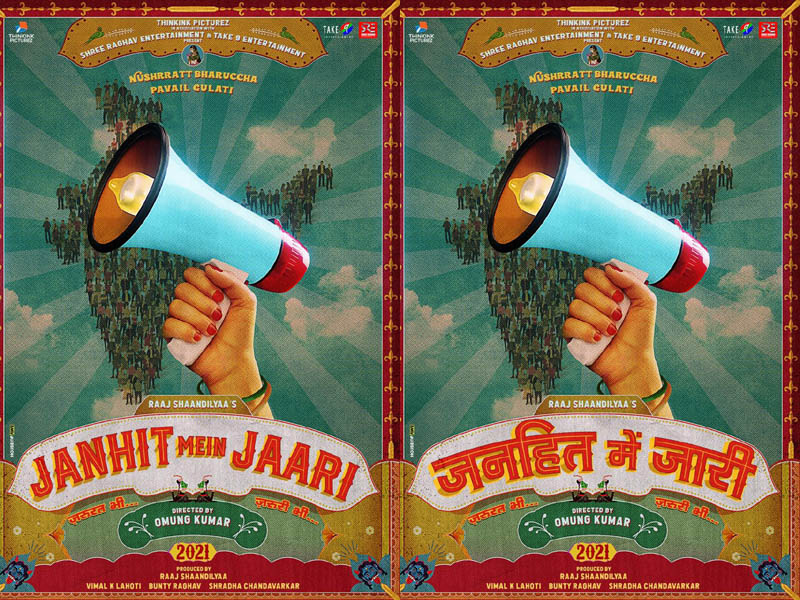 Mumbai: Nushrratt Bharuccha and Pavail Gulati to feature in Omung Kumar's next.

Omung Kumar is all set to create a quirky comedy with a message for the big screen with his upcoming film, Janhit Mein Jaari. The film will feature Nushrratt Bharuccha and Pavail Gulati.

Mary Kom, who was the subject of Omung Kumar's blockbuster biopic and also shares a great bond with the director took to her social media to announce this special news.

Taking a very interesting concept, Raaj Shaandilyaa has written the story of this film. It is set to go on floors in March 2021.