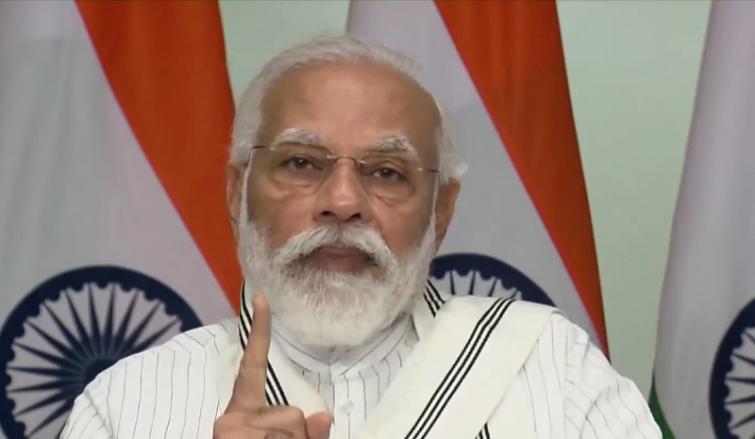 New Delhi/UNI: Exuding confidence, Prime Minister Narendra Modi on Thursday said India's economy was ready to bounce back and there could not be a better time to make a new beginning.

'All the Indicators are there, they are showing that Indian Economy is ready to bounce back quickly, and has moved forward. Consumption and demand is rapidly approaching the pre-Covid level. In such a situation, there cannot be a better time for this new beginning,' the Prime Minister said at the launch of the auction process of 41 coal mines for commercial mining.

Outlining his vision for the country to achieve "Aatmanirbhar Bharat" in mining sector which is the key source of input for many basic industries including Power, Steel, Aluminium and Sponge Iron, Modi said the auction that was starting today for Commercial Coal Mining was a 'win-win situation' for every stakeholder.

"We are not just launching an auction for coal mining, we are taking the coal sector out of decades of lockdown today,' he said.

He said after these reforms, coal production and entire coal sector will become self-dependent.

Modi said self-reliance was not possible without a strong mining and mineral sector.

'Because Minerals and Mining are important Pillars of our economy. After these reforms, now coal production, the entire coal sector will also be self-sufficient in a way,' he maintained.

India, which ranks fourth in terms of coal reserves, second in terms of production, was not an exporter but the world's second largest importer of coal, he said.

The landmark step of the government is expected to generate approximately Rs 33,000 crore of capital investment in the country over next 5-7 years.

These mines will contribute Rs 20,000 crore revenues annually to the state governments. Hundred per cent FDI is likely to bring in international practices, latest technologies and mechanisation in mining operations.