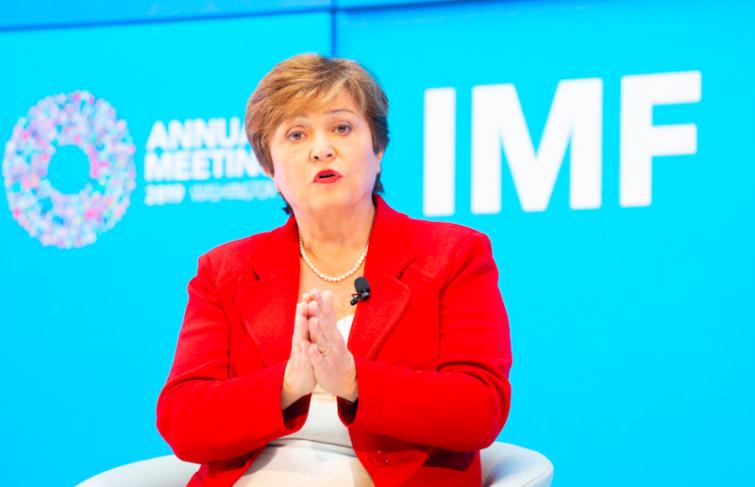 Speaking at the World Economic Forum 2020 here, she said the global economy looked better in Jan 2020 than Oct 2019 when the IMF released its World Economic Outlook.

She attributed the improvement to the rise in optimism after the first stage of US-China trade talks and  synchronised tax cuts among other positive steps.

Stating that a growth rate of 3.3% is not a good sign for the world economy, she said that IMF wants "aggressive" fiscal policies and structural reforms to put the economy back on track.

She said the IMF had to downgrade the economic growth for India, which is one of the emerging markets, but added that the slowdown seemed temporary and the momentum is likely to pick up in the near future.

The world economy is prone to risks posed by world events, she said and added that African countries are performing well but some other nations like south American country Mexico are not.