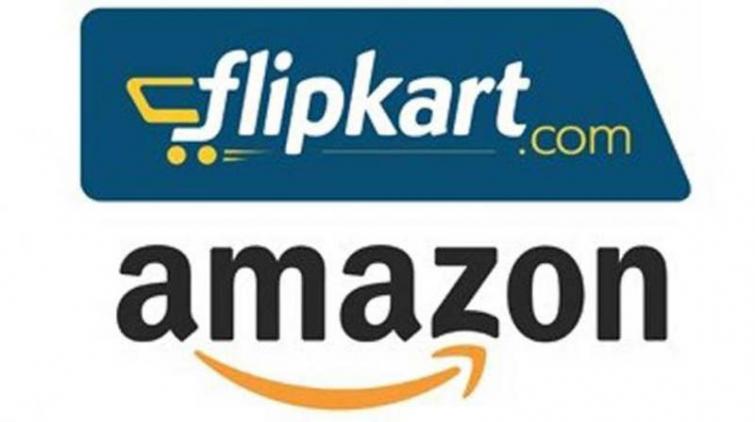 Office bearers and members of KCCI, led by its president Sanjay Shinde gathered at busy Bindu Chowk here and held demonstrations amid chanting of slogans --" Amazon Go Back", "Flipkart Go Back"-- and also waived black flags.

Regarding the same, Confederate of All India Traders (CAIT) in New Delhi, has also filed a plea in the court and issued a notice to Competition Commission of India (CCI), he further said.

The CCI has ordered an inquiry into online business sale from January 13 of these two companies, he said.

Shinde said Amazon.com Inc founder Jeff Bezos, is in New Delhi and might meet government officials on the matter. The demonstration is held to bring the plight of retailers in notice of the central government.

According to media reports, traders across 300 cities has planned to hold protest against big e-commerce companies in India for offering deep discounts which can potentially hurt small and medium scale retailers in India.