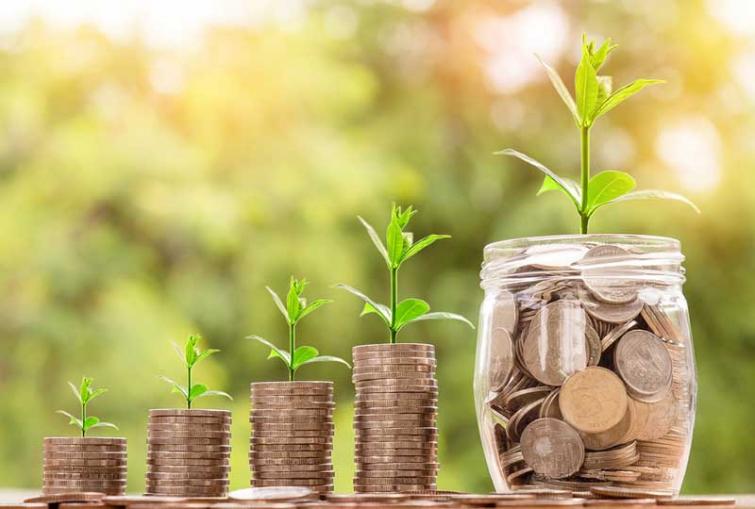 Mumbai, Aug 27 (IBNS):  The Indian Mutual Funds industry is eyeing four-fold rise in Assets Under Management (AUMs) to INR 100 Trillion (INR 100 lakh crore from existing INR 25 Lakh crore), and a five-fold rise in investor base to 100 million (from existing 20 million) over the next decade, according to the AMFI-BCG Vision Document, aspiring to achieve huge geographic penetration in B30 cities, where nearly 90% of Indian households reside.

Diversifying the distribution outreach by leveraging the wide network of Banks, Post Offices across the country, significantly augmenting the distribution base by another 4 lakhs, strengthening direct and digital channels, thus ensuring the last-mile connectivity and achieving inclusion through tech-led simplified entry-level on-boarding and offering simple savings solutions, would be key to Indian Mutual Fund Industry adding 80 million new investors and accomplishing the INR 100 Trillion AUM opportunity.

Proactive incremental improvement in self-governance, overall careful nurture of newer set of investors in B100 cities, comprising varied customer segments such as millennial, women, mature middle-aged, middle & lower income mass market, exploiting technology across value chain, accompanied by regulatory oversight and support, would help in on-boarding 80 million (Eight crore) new investors from smaller towns – not only from B30, but also from B100 cities.

Association of Mutual Funds in India (AMFI), the trade association of Asset Management Companies (AMCs) of all Mutual Funds in the country, at an industry event held in Mumbai today discussed how this next phase of growth in Mutual Funds segment could be achieved, implementing a seven point agenda for the MF industry and through market  expansion.

Speaking on the occasion, Ajay Tyagi, Chairman, SEBI said: “I complement the role played by each of the Indian Mutual Fund players towards the growth of the industry. This has also led to Mutual Funds becoming the preferred mode of Investment and helping in financialization of household savings. Given that Indian MF industry has a long way to go in terms of reaching out to investors across the country, it is now imperative for each segment within the MF houses to be proactive in exercising self-restraint, have better self-regulation and ensure better risk management to take the MF Industry to the next level of growth and development.’’

Nimesh Shah, Chairman, AMFI said: “The INR 100 Trillion MF AUM opportunity would ride on the Government’s ambitious objective of transforming India into a USD 5 Trillion economy, which is also now increasingly finding rising global resonance and support, in addition to inherent robust self-propelled growth prospects. I am confident that our Indian Mutual Fund industry, under guidance and support from the regulator, would achieve major financial inclusion, demonstrating enhanced investment discipline, significantly simplifying mutual fund investment value proposition, as we go deeper, catering to the diverse need of investors in the mass market segment in beyond 100 towns.”

N S Venkatesh, Chief Executive, AMFI said: “It is indeed heartening to note that Indians are increasingly moving away from physical savings to financial savings. However, the realization that to beat inflation they will have to change from traditional saving options to equities and mutual funds is happening at a much slower pace. While AMFI’s investor awareness campaign, ‘Mutual Funds Sahi Hai’, is a step in that direction and has met with encouraging success, we are preparing for a concerted strategy that would over time help the saver community across the country to gradually depart from traditional and financially-inferior ingrained attitudes and habits.”

Amish Mehta, Chief Operating Officer, CRISIL said: “It is heartening to see retail investors continuing to catalyse growth of the domestic mutual fund industry through the SIP route. This is despite witnessing a tumultuous phase last year because of high volatility in the equity market. SIP investors should, however, keep in mind that effectiveness of the medium optimises only over the long run, which helps reduce risks while shoring up returns.”

Alpesh Shah, Managing Partner, BCG India said: “India’s asset management became the 17th largest asset management industry in the world in 2018, up from being 22nd largest in 2008. However, the industry still has just over 2 Cr investors with 7% penetration in the ~275 million households in India. Looking at the large opportunity, I believe that India needs the asset management industry to achieve the 100 Trillion AuM milestone. Delivering this milestone requires commitment and smart choices on behalf of all stakeholders – everyone needs to contribute in a meaningful way to making this a reality.”

According to the latest edition of the AMFI-CRISIL Fact Book, between April 2016 – when the Association of Mutual Funds in India (AMFI) started disclosing monthly SIP contributions – and July 2019, the SIP mode has helped rake in a whopping INR 2.30 Trillion, nearly 23% of the increase of INR 10 Trillion in assets under management (AUM) of the industry. This is also reflective of almost 3 times growth in the number of SIP accounts to 27.3 million from 10 million over this period.

Annual contribution through SIP witnessed progressive rise in the contribution by individual investors from INR 44,000 crore in fiscal 2016-17, the contribution has nearly doubled INR 93,000 crore, as on fiscal 2018-19. During the first quarter of fiscal 2019-20, the surge in SIPs continued to nearly INR 25,000 crore. This reinforces the Investor belief and their trust in SIPs, and are now seen aligning to the fact that probability of negative returns decreases with increase in SIP investment period.

The MF industry added 44.2 million folios between March 2014 and June 2019. Almost the entire growth in folios came from the individual investors segment (retail & HNI), which logged a CAGR of 15.5% over this period. The average ticket size of Institutional investor folios more than doubled from Rs11.5 million in March 2014 to Rs23.1 million in June 2019.