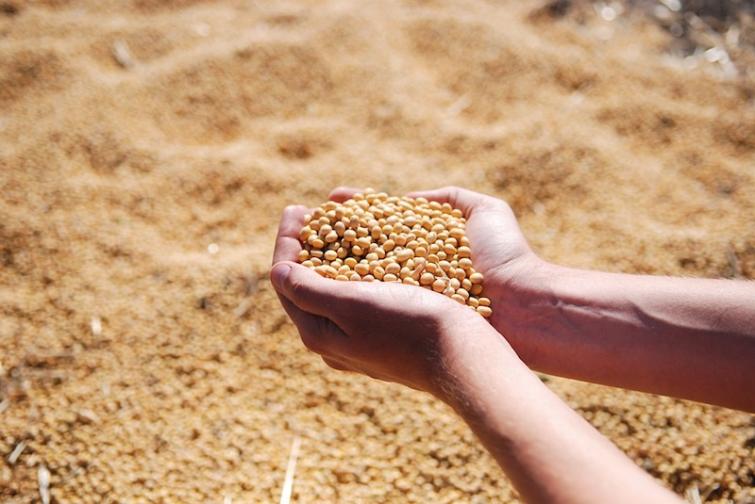 The ongoing trade dispute between China and the U.S. has hurt American farmers but created opportunities for countries like India who see this uncertainty as a way to enter the international market. With U.S. soybean farmers uncertain about trade with China, India stands to benefit, report Ethan Brown, Skyler Rossi and Xinyu Wei from Missouri in USA and Suryodoy Mandal from Kolkata in India

Soybeans from last season are still stockpiled on Robert Alpers’ farm in Prairie Home, Missouri., even as he gets ready to plant another crop.

Both are experiencing the ripples of an ongoing trade dispute between China and the U.S. that has hurt American farmers but created opportunities for aspiring suppliers abroad who see this uncertainty as a way to enter the international market.

China has imposed a 25 percent import tariff on U.S. soybeans after the U.S. launched an investigation into Chinese trade policies and imposed its own tariffs on Chinese imports. This has made it too expensive for many American farmers to sell to China, which previously was a big customer.

These tensions have pushed down the price of American soybeans worldwide because China is unwilling to pay these tariffs and U.S. soybean output has risen.

The U.S. and China are in the process of negotiating a resolution to these disputes. But it’s unclear when the dispute will end, as a week of trade talks sputtered out and led President Donald Trump to place 25 percent tariffs on $325 billion worth of U.S. goods.

Bhagirath Choudhary, founder and director of South Asia Biotechnology Centre, believes India has the potential to step into the soybean market, which could give the industry a substantial economic boost there.

“India is a small player, but it has tremendous opportunity, especially in the field of agriculture,” Choudhary said. “This trade war has produced low-hanging fruits for India.”

The fallout from the U.S.-China trade war shows the interconnectedness of commerce — how the actions of two economic superpowers can shape financial fortunes across the world. 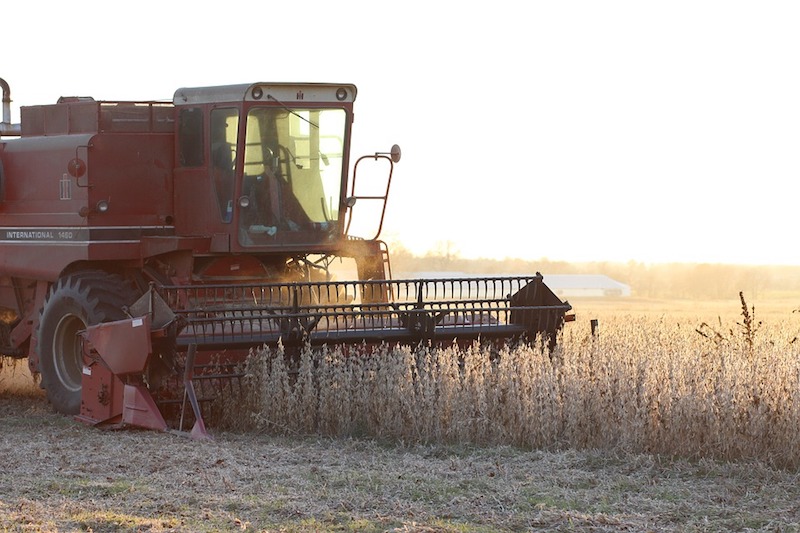 More than a third of China’s soybean imports came from the U.S. in 2017. But in November 2018, China responded to U.S. tariffs by halting its purchasing completely.

China has since imported small portions of U.S. soy in good faith as trade negotiations continue — most recently a March 28 purchase of 1.5 million tons. Still, U.S soybean purchases by China are down 37 percent compared to 2018, according to data from the United States Department of Agriculture.

The drop in demand for U.S. soybeans has forced Alpers and other farmers to stockpile more of their product than usual. He believes the market is creeping toward an inflection point in which farmers will be forced to unload their product.

“We can't hold our beans realistically into two years,” Alpers said. “We will have to have room for this crop, so we'll have to market our beans eventually before the fall harvest.”

So far, the dispute has resulted in lower prices and higher supplies for U.S. farmers, but Alpers sees a silver lining: While they wait for an agreement with China, farmers are enticing densely-populated countries like Malaysia to purchase U.S. soybeans. They’re trying to create new markets.

“We're entrepreneurs in this country and we're not sitting back,” Alpers said. “The companies that buy our beans, they're not just sitting there telling their buyers: Go home, eat pie and ice cream. They're telling them to go out there and find other markets. So, we've developed some smaller markets.

“It's a great time for everybody to kind of dip their feet into our soybeans and see what they are and what the quality is.”

Some Midwestern farmers have also found a solution in shifting more of this season’s acreage to corn. Patrick Westhoff, director of the Food and Agricultural Policy Research Institute at the University of Missouri, said this could minimize potential losses on soybean production.

“The conventional wisdom appears to be we'll have a couple million acres more of corn planted in 2019 than last year and maybe four or five million acres less soybeans being planted with some adjustments in other crops too,” Westhoff said.

This fix, however, has been complicated by flooding throughout Nebraska, Iowa and northwest Missouri. The persistent floods have pushed back planting schedules for farmers. And because corn needs to be planted earlier than soybeans, Alpers said many farmers may be forced to return to soybeans. 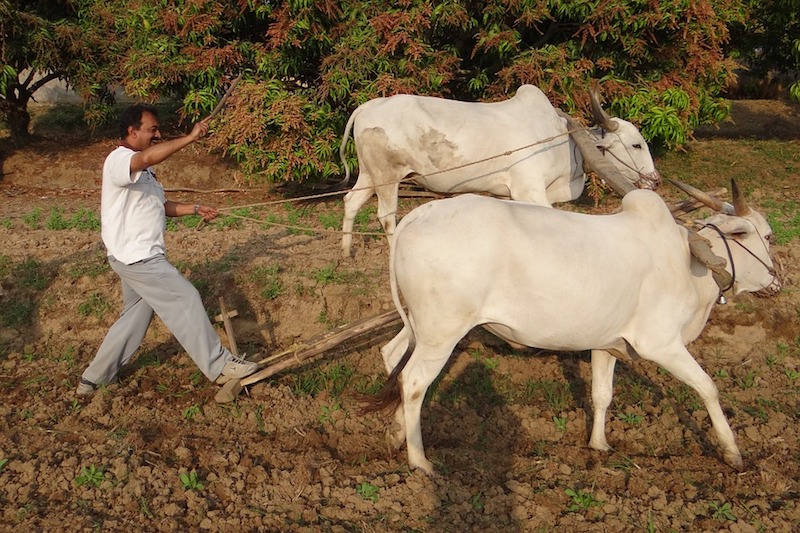 With the American market in flux, experts predict that India has the potential to become a bigger player in the international soybean market.

If India makes major investments in soybeans, the country could increase its production quite a bit, Westhoff said.

India’s total soybean output for the February 2019 harvesting season rose 27 percent compared to the 2018 season, according to the Soybean Processors’ Association of India.

But India’s surplus of beans would have to be much larger than it is today, Choudhary said. He said a surplus of a few million tons wouldn’t draw China’s attention enough for India to become a big player in the international trade of soybeans.

Indian farmers tend to grow for domestic consumption, Mohanty said. More than eight in 10 farmers are small in India, according to the Food and Agriculture Organization of the United Nations.

“There is a huge market for soybean in India and we are catering to the local demand,” Mohanty said.

India’s government “has instructed its departments and industry bodies to work out strategies to ramp up production in sectors where India has a clear advantage” in order to increase exports to China, according to Bloomberg. Choudhary said the government, under Prime Minister Narendra Modi, hopes to double all agricultural produce by 2022.

India is making gains already. The country’s overall exports to China increased 36.9 percent between April and November 2018, according to official Indian figures.

Westhoff worries that the effects of climate change looming over India’s population of 1.3 billion may affect farmers’ ability to gain a strong traction in the market.

“India is probably one of the countries where the realities of climate change are going to be felt more quickly than they are many other places the world,” Westhoff said. “So that may affect their ability to expand production as well in the longer term.”

Future murky as trade negotiations near

The U.S. and China met for trade negotiations in Washington D.C. in May, and officials initially hoped for a signing ceremony in late May or early June, according to the Wall Street Journal. However, the countries were unable to reach an agreement to end the year-long dispute.

As discussions continue, countries around the world will be watching the market. U.S. farmers hope they will regain their foothold. Indian farmers hope to expand theirs.

And farmers in both countries have plenty of competition. Russia and Argentina, which are both headed toward record seasons, are among the countries starting to enter the soybean market that didn’t have a strong footing before.

China represents half of the world’s soybean imports, and the USDA predicts China will import 125 million metric tons per year by 2028. Westhoff said the sheer size of the country’s soybean requirements means one supplier can’t satisfy all of China’s import needs.

The pace of the trade dispute’s resolution will determine the market’s future layout, and continued struggles to reach an agreement could be detrimental to U.S. agricultural interests, Westhoff said.

“There will be new competitors to emerge as well if these frictions continue,” Westhoff said. “If, on the other hand, we get this resolved really quickly, we may go back to something like these sorts of ‘chairs of rural trade’ that we had prior to the disputes.”

While discussions toward a U.S.-China trade agreement continue forward, the short-term market’s landscape remains clouded. On March 20, Trump said he would not immediately remove tariffs on China in order to force compliance with an agreement.

This statement fell flat with U.S. soy farmers like Alpers, who isn’t sure how continued tariffs would help restart trade relations between the countries.

“We need trade,” Alpers said. “We have to have trade for the farmers to flourish. It negates everything that was accomplished if they keep the tariffs on.”

Choudhary said that India’s government wants to become a leading exporter to China — but it won’t be easy.

“India must have a very long-term vision and there must be a 5-year, 10-year or 20-year trade agreement between the governments,” Choudhary said.

Amid all this uncertainty, U.S. farmers aren’t expecting relations to normalize quickly. The need to rebuild trust with China means that even with an agreement, the window to profit from international trade remains open.

“We've been at it a long time to get where we were,” Alpers said. “(China is) not going to jump in, we don't think, with both feet. We're going to have to build that market back again.”

(This story is part of a series of special reports on India and the U.S. The project, undertaken by students at the University of Missouri, was overseen by Laura Ungar, Midwest Editor/Correspondent with the St. Louis bureau of Kaiser Health News, and journalist Sujoy Dhar, founder of the Indian news agency India Blooms, based in Kolkata, India.)