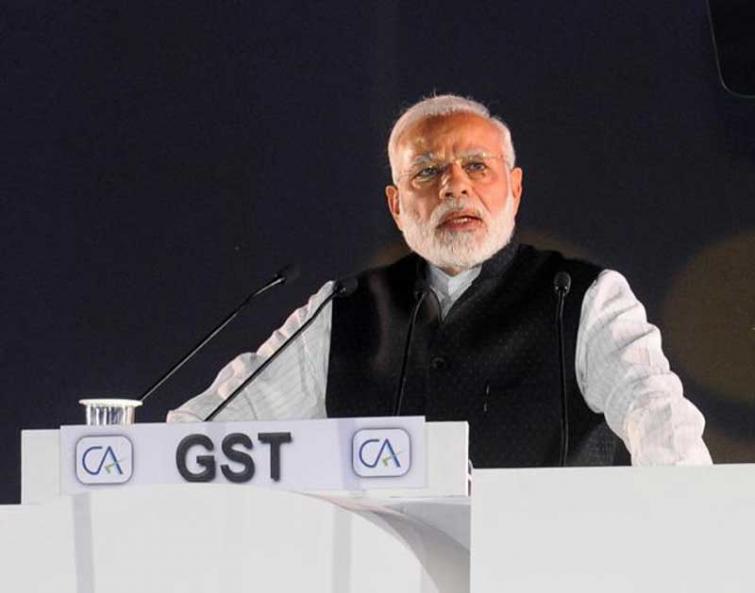 New Delhi, June 30 (IBNS): The second anniversary of Good & Services Tax (GST) will be celebrated on Monday with Union Minister of State of Finance and Corporate Affairs Anurag Thakur presiding over the event.

Senior functionaries of the apex chambers of commerce, trade and industry will also be present in large numbers. Similar functions will be held across the country in all States and Union Territories.

"GST was launched on the 1st July, 2017 in a majestic ceremony held in the Central Hall of Parliament on the midnight of 30th June, 2017. Hence, the Government alongwith partners from the trade and industry is celebrating the 2nd Anniversary of GST on 1st July 2019," read a government statement.

"However, the implementation of GST has not been without challenges especially in the early months. But thanks to the cooperation of the Trade and Industry and the yeoman service rendered by the GST authorities of the States and the CBIC, these challenges have been overcome and GST has now settled down. Hence, the Government is commemorating the true spirit of Growing and Sharing Together (GST)," it said.

At the event a book on “GST for MSME” will also be released. The distinguished officers of CBIC who have put in hard work in the implementation of GST will be awarded ‘GST Commendation Certificates’ by the Union Minister of State Anurag Thakur.