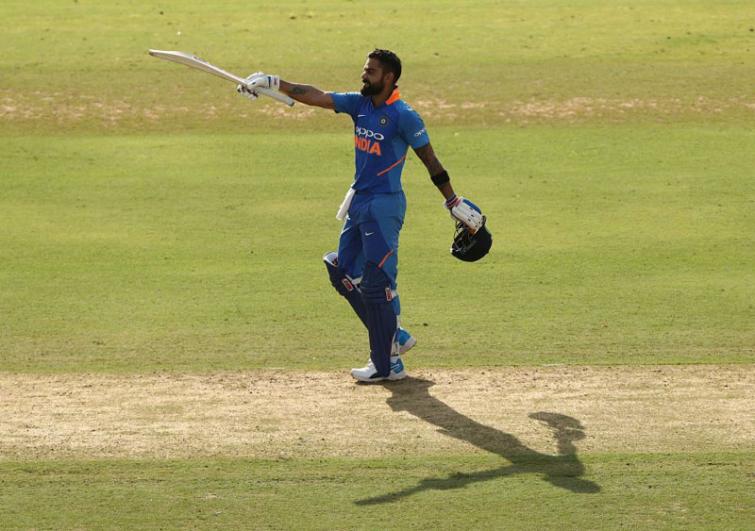 London, Mar 9 (IBNS): Former England skipper Michael Vaughan on Saturday appreciated Indian skipper after he played yet another memorable knock against Australia and said he is better than even legends like Sachin Tendulkar and Bian Lara in ODI cricket format.

With an emoji of a goat, Vaughan earlier tweeted: "The is at it again ... #Virat."

Virat smashed the 41st century of his career during the third ODI match against Australia in Ranchi on Friday. Australia defeated India in the clash.

After some time, a netizen asked Michael, " Are you saying virat is actually the goat? Better than Brahman, sachin and Lara? Bold statement."

The English batsman replied: "In One day cricket ... YES."