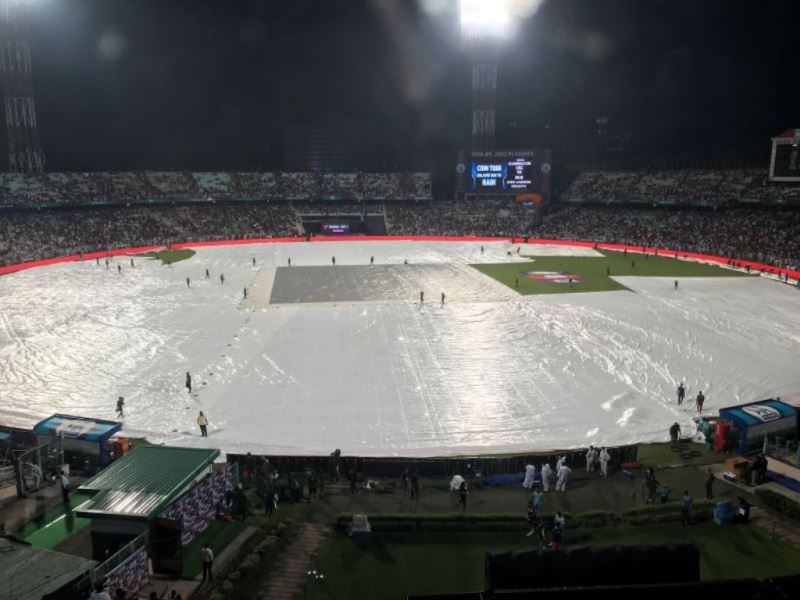 Kolkata/IBNS: The coin toss of the eliminator match between Royal Challengers Bangalore and Lucknow Super Giants in the Indian Premier League (IPL) 2022 is delayed due to rain at the Eden Gardens in Kolkata Wednesday.

The rain started just a minute before the coin toss was about to happen.

The winner of the match will head to the second qualifier to play against Rajasthan Royals, who were defeated in the first qualifier by Gujarat Titans a day ago.

The loser of the match will crash out of the tournament.