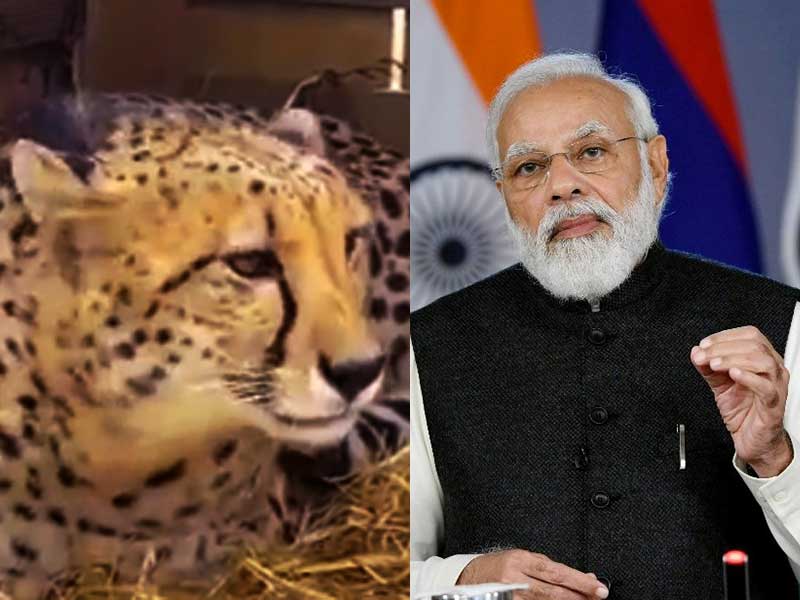 New Delhi: A contest to name the Cheetahs that recently arrived in India will be held on the Mygov platform, Prime Minister Narendra Modi said in his monthly radio address 'Mann Ki Baat'.

"Cheetah are at the center of attention. From all corners of the country, people have expressed happiness over the return of Cheetahs," PM Modi said.

"This is India's nature love. People are asking when will we get to see Cheetahs. A task force has been formed, this taskforce will monitor Cheetahs and see how they have adapted to their surroundings," he said.

"A decision will be taken on the basis of that, and people will be able to see Cheetahs".

Informing about the contest, he said, "A contest will be organized on the Mygov platform in which I will request you to share your views."

"What should the initiative undertaken for Cheetahs be called? Can we think of naming all Cheetahs. It would be better if the names are traditional," he said.

Eight cheetahs from Namibia arrived in India and were released in Kuno National Park in Madya Pradesh on September 17 by PM Modi.