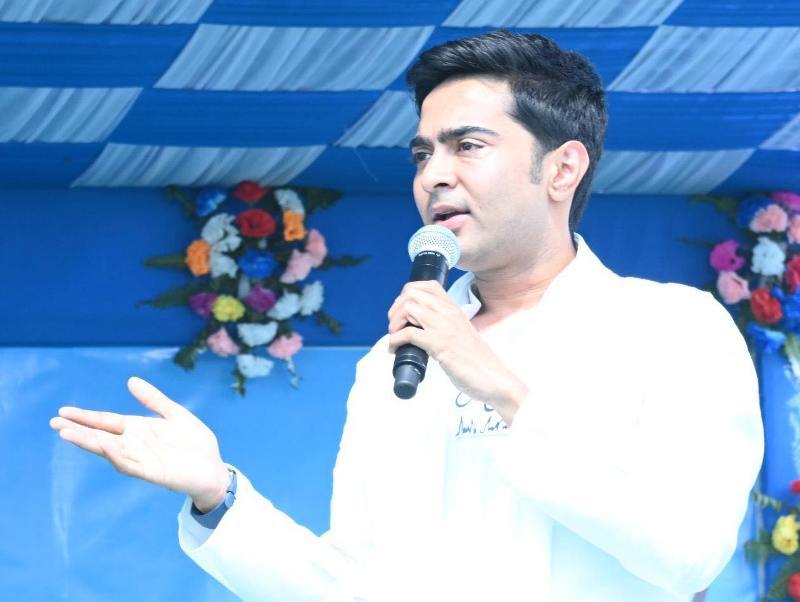 "They don’t have guts; they call an opposition leader as Pappu. But the biggest Pappu in our country is Amit Shah. In states where you don’t have government, you will let CBI, ED lose on the State’s leaders. Hence, I refer to Amit Shah as the biggest Pappu," the TMC leader, who is Chief Minister Mamata Banerjee's nephew, said.

The ED has lodged a case under the Prevention of Money Laundering Act, 2002, based on a First Information Report (FIR) registered by the Central Bureau of Investigation (CBI) that has alleged a multi-crore coal scam in the state.

"If they think that like other parties, we will also cow down, they have no idea what is coming. Trinamool Congress is made of different steel, we will never bow down," he said.

Banerjee said he has submitted a written statement Friday and had done the same during his past two visits. "People have seen that whenever I have been summoned, I have gone out of my way to cooperate in the investigation," he said.

"My wife has been called twice by the CBI and once by ED. Together, we have appeared before the agencies six times and have been questioned for around 60 hours. But the net result remains zero," Banerjee said.

"And if the investigative agencies find even 5 paise worth of corruption, they can prepare the gallows, I will willingly accept the punishment," the 34-year-old TMC leader claimed.

"This is not a coal scam or a cattle scam, it is a home minister scam. If someone needs to be held responsible, it is the Home Minister," said he.

Bengal politics is recently on the boil after two heavyweight TMC leaders, Partha Chatterjee and Anubrata Mondal, were arrested in two different cases.