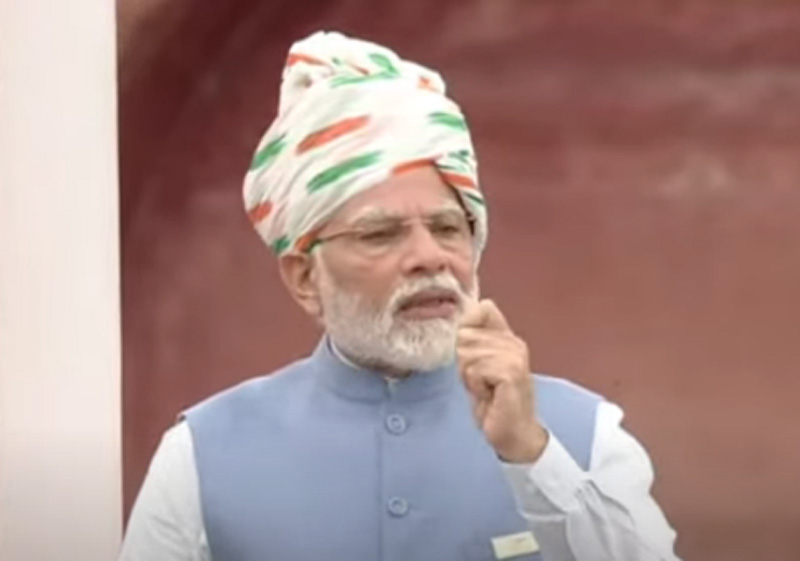 New Delhi: Indian PM Narendra Modi on Monday addressed the nation on Independence Day when he set five key goals for the next 25 years for India to become one of the developed countries by 2047.

Terming the goals as 'panch pran' (five pledges), Modi said that the country should come together and achieve the goals of being a developed nation.

The other four 'prans' are getting rid of slave mentality, taking pride in our legacy, a sense of togetherness and citizens being aware of their duties.

"We should completely get rid of any kind of slave mentality. …We should take pride in what we are and strive to be the best of ourselves," he said.

Modi appealed to the younger generation to work incessantly for the next 20-25 years to put India in the league of developed nations.

He insisted on cutting dependence on imports and making India self-reliant.