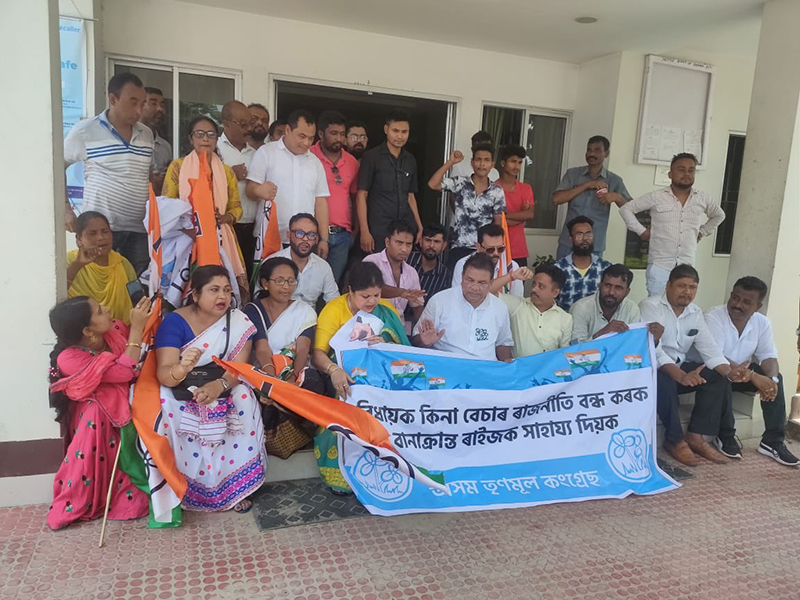 Guwahati/IBNS: The Assam Pradesh Trinamool Congress (TMC) Thursday morning protested against the alleged horse-trading outside the Guwahati hotel where rebel Shiv Sena MLAs are stationed amid the political crisis in Maharashtra.

The protest was led by TMC state president Ripun Bora.

"The ignorance of CM Himanta Biswa is pretty evident. As the state & people of Assam are reeling with the extreme flood, CM is busy making lavish arrangements for political leaders of different parties," the TMC said.

The political instability in Maharashtra deepened further when some of the Shiv Sena MLAs, who were in Uddhav Thackeray camps, are currently not reachable.

As per reports, they are in touch with Eknath Shinde and expected to reach Guwahati Thursday.