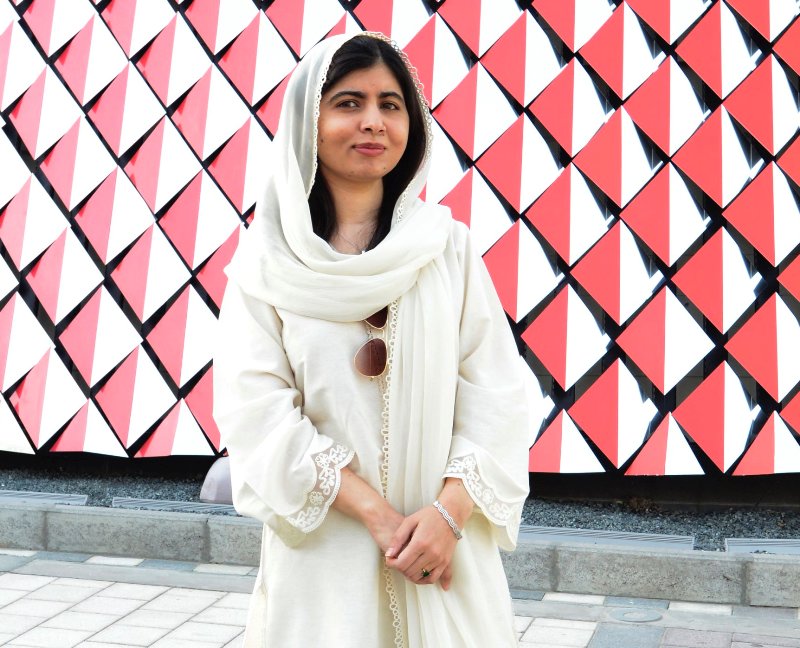 New Delhi/IBNS: Nobel laureate Malala Yousafzai on Tuesday pitched in her support to the students who are protesting against the hijab (headscarves) ban in Karnataka schools and colleges.

Yousafzai, an activist for girls' education, said "refusing to let girls go to school in their hijabs is horrifying."

In a tweet, she wrote: "Refusing to let girls go to school in their hijabs is horrifying. Objectification of women persists - for wearing less or more. Indian leaders must stop the marginalisation of Muslim women."

“College is forcing us to choose between studies and the hijab”.

Refusing to let girls go to school in their hijabs is horrifying. Objectification of women persists — for wearing less or more. Indian leaders must stop the marginalisation of Muslim women. https://t.co/UGfuLWAR8I

On Tuesday, the controversy crossed the borders of Karnataka and spread in BJP-ruled Madhya Pradesh and Puducherry.

In a tweet, Chief Minister Basavaraj Bommai appealed to students to maintain peace and informed them about the order of high schools and colleges' closure.

"I appeal to all the students, teachers and management of schools and colleges as well as people of Karnataka to maintain peace and harmony. I have ordered closure of all high schools and colleges for next three days. All concerned are requested to cooperate," Bommai tweeted.

The Karnataka High Court will continue the hearing on Wednesday.