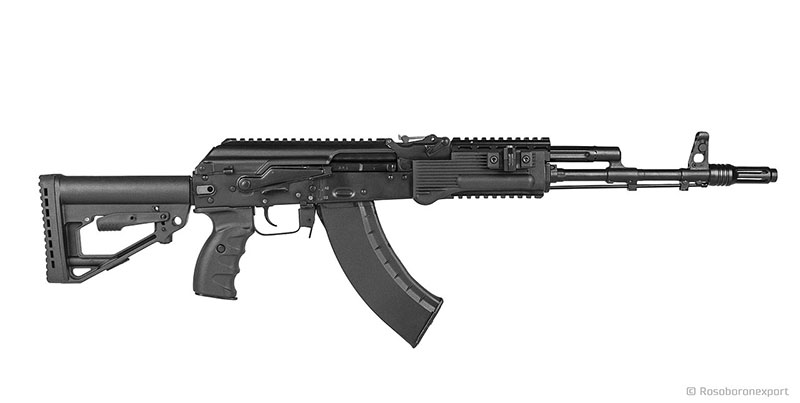 New Delhi/UNI: The government has approved the plan for the production of over five lakh AK-203 assault rifles with Russia at Korwa, Amethi in Uttar Pradesh, government sources said here on Saturday.

This comes ahead of Russian President Vladimir Putin's visit to India, scheduled for December 6.

The plan, which is set to give another boost to domestic defence manufacturing, was cleared by the Cabinet Committee on Security on Wednesday.

It comes after the Defence Acquisition Council, headed by Defence Minister Rajnath Singh, last month gave the approval to accelerate the acquisition of the rifles and its manufacturing in India with technology transfer from Russia.

"It reflects the ever-increasing paradigm shift in defence acquisition from buying (global) to Make in India. This endeavour will be done in partnership with Russia and reflects the deepening partnership between the two countries in defence sector," a government source said.

The project will provide business opportunities to various MSMEs and other defence industries for the supply of raw materials and components, which will lead to the generation of new employment opportunities.

The project marks a significant stride towards making Uttar Pradesh a key contributor in ascending the defence manufacturing prowess of India, the source added.

The 7.62 X 39mm caliber AK-203 Rifles will replace in-service INSAS Rifles. AK-203 Assault Rifles, with an effective range of 300 meters, are lightweight, robust and easy to use Modern Assault Rifles with proven technology that will enhance the combat potential of soldiers to adequately meet the present and envisaged operational challenges.

It will enhance the operational effectiveness of the Indian Army in Counter-Insurgency and Counter-Terrorism operations.

The project will be implemented by a special purpose Joint Venture called Indo-Russian Rifles Private Ltd (IRRPL), which has been created with erstwhile OFB [now Advanced Weapons and Equipment India Limited (AWEIL) and Munitions India Limited (MIL)] of India and Rosoboronexport (RoE) and concern Kalashnikov of Russia.

Putin is visiting India for the India-Russia Summit on December 6.

The two countries will also hold their maiden 2+2 dialogue of their defence and foreign ministers on the margins of the annual summit between Prime Minister Narendra Modi and the Russian President.