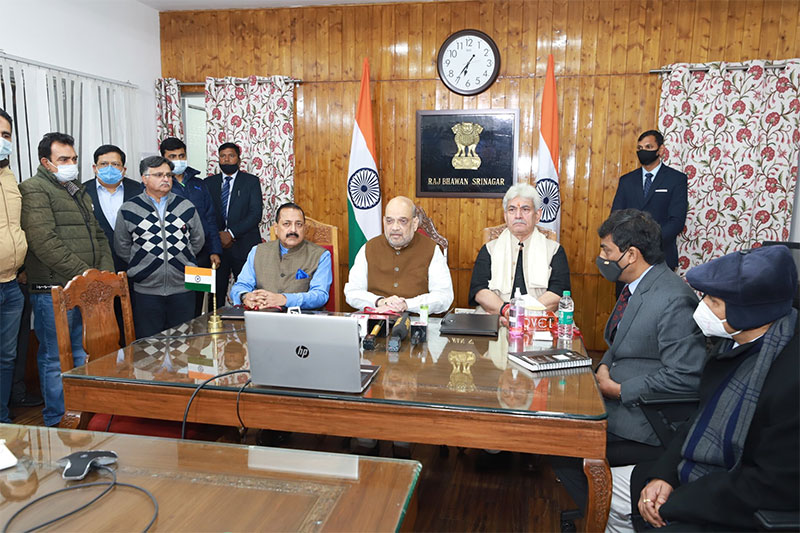 Delimitation, elections, and restoration of statehood for J&K is the roadmap: Amit Shah

Srinagar/UNI: Home Minister Amit Shah on Saturday said delimitation would be done in Jammu and Kashmir, which would be followed by-elections, and eventually statehood would be restored.

Speaking in Srinagar on Saturday, he said, "Democracy should not suffer. People say stop delimitation, why should delimitation be stopped?"

"Nothing is going to stop in Kashmir now. Youth of Kashmir should get all opportunities..."

Shah is on a three-day visit to J&K, and he also reviewed security in the Kashmir valley today. The visit comes in the backdrop of a number of civilians being killed in Kashmir by terrorists.