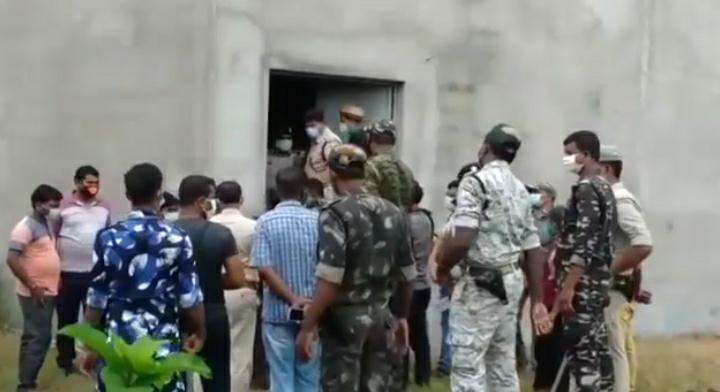 Malda/West Bengal/IBNS: Hours after arresting youth for allegedly killing four members of his own family and burying their bodies, West Bengal's Malda district police on Saturday night raided the residences of the accused's two friends and recovered several firearms as well as cartridges from the locations, officials said.

According to sources in the local police, based on the inputs given by murder case's accused Asif Mohammad, police raided the houses of his two friends, Sabbir Alam and Mafzul Ali, and seized five 7-mm pistols, 84 cartridges and 10 magazines from the premises.

Police have taken both the youths into custody and are currently quizzing them together with Asif Mohammad.

Earlier on Friday late night, police had detained Asif from his house at Old 16 Mile area under Kaliachak PS limits in Malda district after his elder brother, Arif Mohammad, accused him of killing four family members.

Later on Saturday morning, police, in the presence of a local magistrate, recovered the buried skeletal remains of Asif-Arif's father Zawad Alo, mother Ira Bibi, sister Arifa Khatun and grandmother Alekjaan Khatun from a godown beside their house.

Police official said that the remains had been sent for tests while Asif Mohammad had been taken into custody.

Several electronic gadgets, including CCTV cameras, mobile phones and laptops, were reportedly seized from the room of Asif, who used to isolated himself inside his room.

Local police have initiated a probe into the case and officials are also questioning Asif's borther, complainant Arif Mohammad.