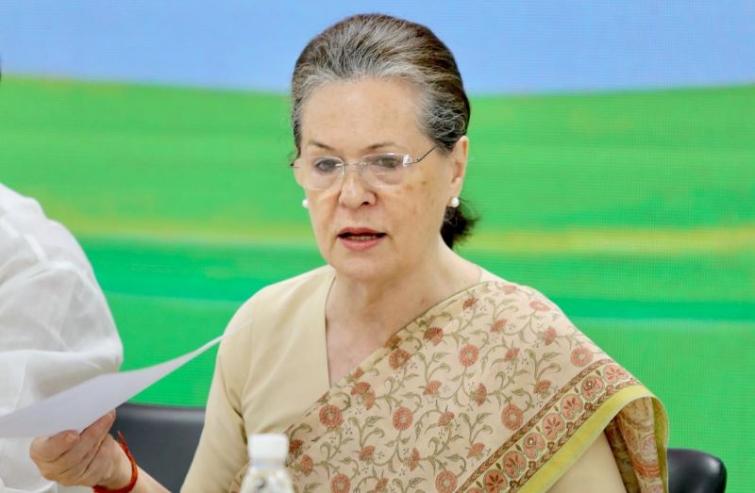 New Delhi/IBNS: Congress President Sonia Gandhi on Friday said the government should listen to the concerns and voices of students over holding national entrance examinations for engineering and medical courses amid the coronavirus pandemic.

In a video message to the students' fraternity and her 'advice to the government,' she said students are the future of the country and therefore any decision regarding their careers should be taken with their 'concurrence.'

"My dear students, I feel for you because you are now facing a very difficult situation. The issue of your exams, of when they should be held and where, is the most important issue not only for you but your family too," Gandhi said.

"You are our future. We depend on you to build a better India. Therefore, if any decision has to be taken regarding your future, it is important that it is being taken with your concurrence. I hope the government listens to you, listens to your voices and act upon your wishes. This is my advice to the government. Thank you. Jai Hind," she said.

Students are our future, we depend on them to build a better India, therefore, if any decision has to be taken regarding their future it is important that it is taken with their concurrence.: Congress President Smt. Sonia Gandhi #SpeakUpForStudentSafety pic.twitter.com/Jf18cmykbd

The idea of knocking the doors of the judiciary was first suggested by West Bengal Chief Minister Mamata Banerjee in a meeting, which was called by Congress president Sonia Gandhi earlier this week, attended by the CMs of various states.

All the states, which have moved the court, barring West Bengal are ruled by the Congress either alone or in an alliance.

Disappointing thousands of students across the country, Amit Khare, the secretary of HRD Ministry, had said the entrance examinations cannot be deferred.

Khare cited the Supreme Court order which had given nod to hold the two examinations.

The top court has, however, rejected all petitions stating examinations can't be deferred indefinitely.