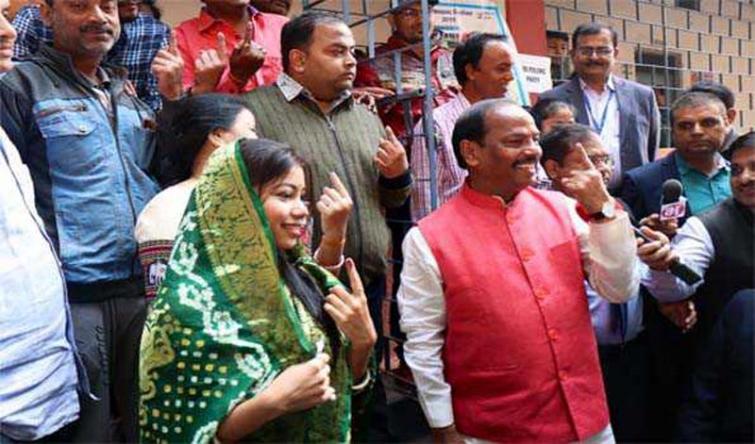 Jharkhand polls: 28.51% voter turnout till 11 am in second phase of polls

Ranchi/UNI/IBNS: An average voter turnout of 28.51 per cent has been recorded in the first four hours of polling till 11 am on the 20 seats where voting is underway for the second of the five-phased Assembly elections.

In the first four hours, Manjhgaon recorded highest turnout at 36.73 per cent while Jamshedpur West was the lowest at 20.30 percent.

Voting on 18 out of 20 seats will end at 1500hrs, while it will continue till 1700hrs in Jamshedpur East and Jamshedpur West.

Meanwhile, a report from Gumla said a clash erupted between some people and the security forces in booth no. 36, in which at least half a dozen policemen were injured and a youth was killed.

The voting began at 7 am and will continue till 5 in the evening.

Jharkhand Chief Minister Raghubar Das and Assembly Speaker Dinesh Oraon are some of the key candidates in fray in the second phase of polling.

In Jharkhand, the ruling Bharatiya Janata Party (BJP) is contesting this assembly election solo while the Jharkhand Mukti Morcha (JMM), Congress and Rashtriya Janata Dal (RJD) are fighting the election in an alliance.