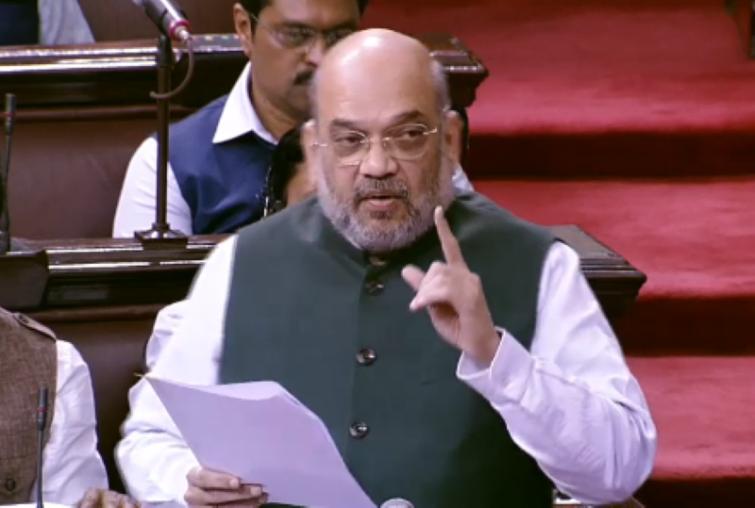 Everything is normal in Kashmir: Amit Shah implies in Rajya Sabha

New Delhi/IBNS: More than 100 days after the Centre withdrew Jammu and Kashmir's special status, Union Home Minister Amit Shah on Wednesday referred to various sectors which are active in the valley, implying normality in the region.

Speaking on the situation of Kashmir in Rajya Sabha, Shah said, "Media is working in English and Urdu regularly. The banking sector is also smooth. Most shops are open in the morning, shut during the noon and open again during the evenings. Over 36 thousand cases have come to the court recently."

"Over 22 lakh metric tonnes apples have already been transferred out of the region. Transportation is smooth. The farmers have been provided additional help. 93,247 landlines have opened up. All 59 lakh mobiles are working," he added.

Upholding the normality of medical services in Kashmir, Shah said, "The supply of medicines is adequate. Mobile vans have been provided and hospitals have enough medicine as well. The healthcare is being taken care by the authorities in the region."

"In Srinagar, over 60 lakh people were taken care of in OPD in September, and a little more in October. Healthcare has been taken care of well," added the Home Minister.

Shah said the law and order situation is normal in the newly-formed Union Territory citing no civilian's death in the police firing since Aug 5 when the Narendra Modi government scrapped Articles 370 and 35A.

"As far as the law and order situation is concerned, no civilian has been killed in police firing since Aug 5. All restrictions which come under Section 144 have been removed from the 195 police stations," the Home Minister said in the upper house of the parliament.

Though no life was claimed by the police firing, several people including labourers from other states were killed by terrorists in Kashmir in last few months.

Five labourers from West Bengal's Murshidabad were killed in Kulgam last month. Prior to the incident, a labourer from Chhattisgarh was killed by terrorists in Pulwama.