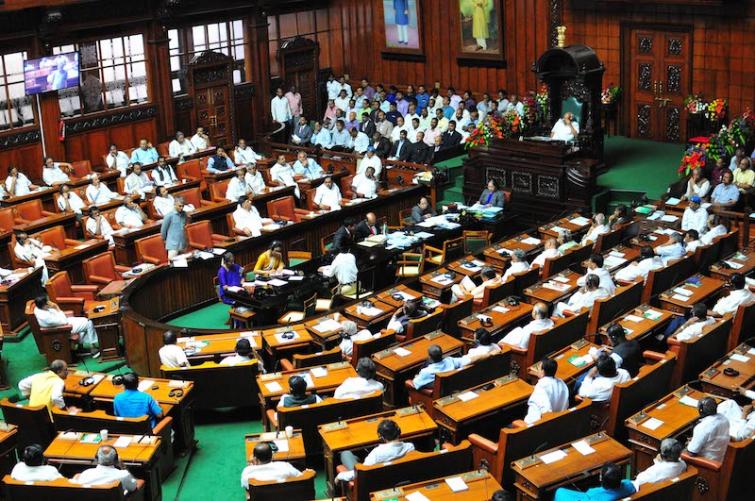 Bengaluru, Jul 23 (IBNS): The 14-month-old Congress-JD(S) government in Karnataka failed to prove its majority in the trust vote this evening and fell.

The coalition could only get 99 votes as compared to 105 of the BJP.

Earlier in the day, former chief minister H.D. Kumaraswamy had said he was ready for the trust vote that has been pending since last week.

In an emotional speech, the CM said he would "happily give up... rather than all this".

Ahead of the floor test, the police had stepped up the security and issued prohibitory orders banning large gatherings in Bengaluru.

On Monday, the Assembly witnessed a huge disruption after the Speaker demanded that the lawmakers cut short their speech.

Amid the ruckus, Kumaraswamy had distributed copies of what he claimed was a fake letter of resignation of the MLAs that was being circulated by his "political rivals."

The house was finally adjourned for the day close to midnight.

On Friday too, the trust vote was cancelled held despite a deadline from Governor Vajubhai Vala. The house was adjourned after marathon speeches by Kumaraswamy and other coalition leaders.