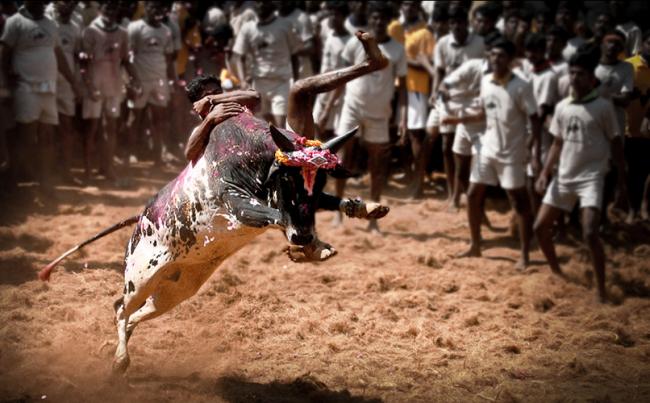 Madurai, Jan 15 (IBNS) : A 19-year-old spectator was gored to death at Madurai in Tamil Nadu during Jallikattu or bull-taming festivities, media reports said.

The police said the incident happened at the end of the bull taming enclosure, known as the ‘collection point’.

According to reports, many people have been injured in various Jallikattu events since yesterday.

It is a traditional sport that involves taming a bull. The bull is released into a crowd of people and the participants try to hold on to its hump or horns. The event is celebrated on Mattu Pongal, which is the third day of the popular harvest festival.