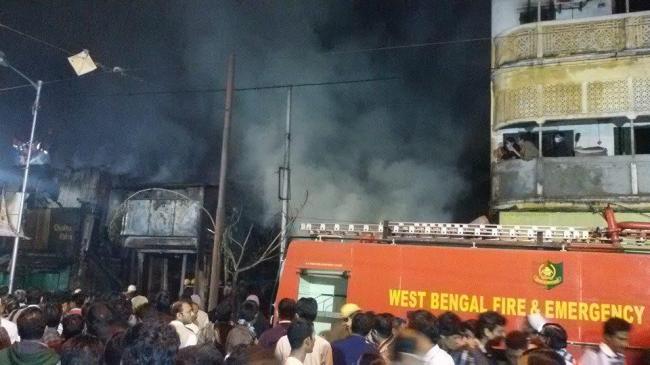 Fire breaks out at Lower Parel building in Mumbai, no casualties reported

Mumbai, Jan 7 (IBNS): Raising eyebrows about the safety measures, a fire broke out in a building in Mumbai’s Lower Parel on Sunday.

According to reports, the blaze started at the ground floor of the three-storey Shiv Shakti Industrial State building in Lower Parel.

Fire tenders were rushed to the spot.

The blaze has been put out and no casullties have been reported.

The incident comes a day after a massive fire broke out at Cinevista studio in east central Mumbai on Saturday evening.

The studio is located at Kajurmarg in Mumbai where two TV serials were being shot- Bepanaah and Haasil- at that time.