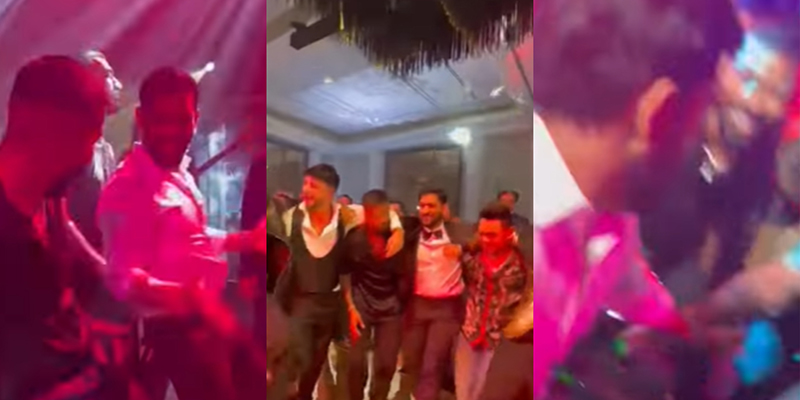 An unusual MS Dhoni with dance moves with Hardik Pandya, others wins internet

In a surprise, India's cricket icon Mahendra Singh Dhoni, who usually prefers to keep himself in low profile, danced to various Bollywood numbers with his former colleagues from the national squad at a birthday party in Dubai.

The video of Dhoni taking off his coat and dancing to the songs of Mika Singh, Badshaah along with Hardik Pandya, Krunal Pandya, Ishan Kishan and others went viral on social media.

Hardik shared the video on Instagram saying, "Our jam, our moves What a night!"

Dhoni, who has retired from all forms of international cricket in 2020, will lead Chennai Super Kings in the Indian Premier League (IPL) 2023.

Reports claim the 2023 edition of IPL will be the two-time World Cup winning captain's last outing as a cricketer.

Following India's embarrassing exit from the T20 World Cup in November, the Indian cricket board (BCCI) is mulling incorporation of Dhoni in the national men's team in any capacity, at least for the shortest format of the game.