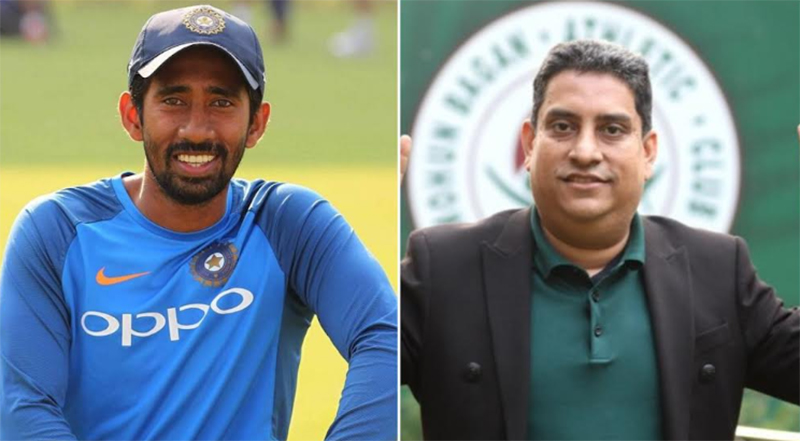 Mumbai:  The Board of Control for Cricket in India (BCCI) on Wednesday imposed a two-year ban on journalist Boria Majumdar for intimidating Indian wicket-keeper Wriddhiman Saha.

Saha had earlier said he was intimidated by a journalist for not giving an interview after he was dropped from the Test squad.

As per the BCCI order, the journalist has been banned from getting accreditation as a member of the press in any of the cricket matches (domestic and international) in India.

The journalist was also banned for 2 years from interviewing any registered players in India.

The board also imposed a ban on him for 2 years from accessing any BCCI or member associations owned cricket facilities.

Saha earlier shared a screenshot of an online conversation where the journalist allegedly pressed him for an interview.

After testifying before the probe committee, Saha earlier told reporters as quoted by The Indian Express that, “I have told the committee everything I know. I have shared all the details with them. I can’t tell you much right now. BCCI has asked me not to talk about the meeting outside as they will answer all your queries.”