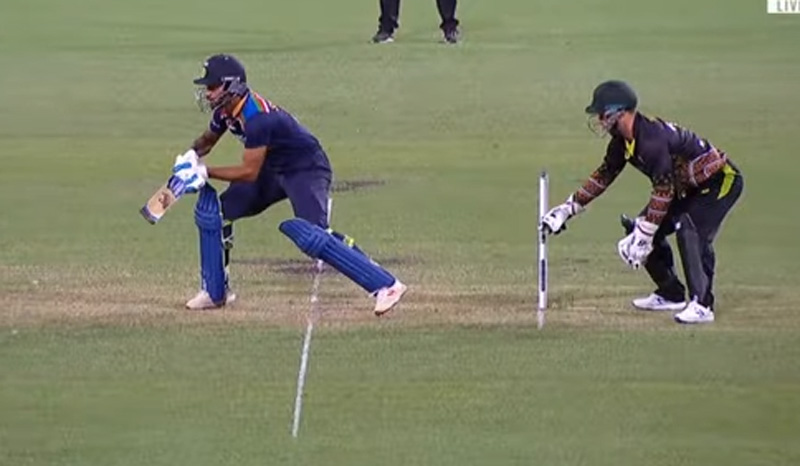 Sydney: MS Dhoni may have retired from international cricket on Aug 15 but his presence was felt even during Sunday's high-octane T20 thriller between India and Australia.

Australia wicket-keeper and stand-in captain Matthew Wade expressed his sadness of not being able to stump out Shikhar Dhawan at one point in the game during the clash which was won by India.

After missing the chance, Wade was quoted as saying to Dhawan: "Not Dhoni, not quick enough like Dhoni."

The video of interaction between Dhawan and Wade has been posted by Cricket Australia on social media.

Dhoni was known for his reflexes behind the stumps and he easily punished batsmen for their simple mistakes.