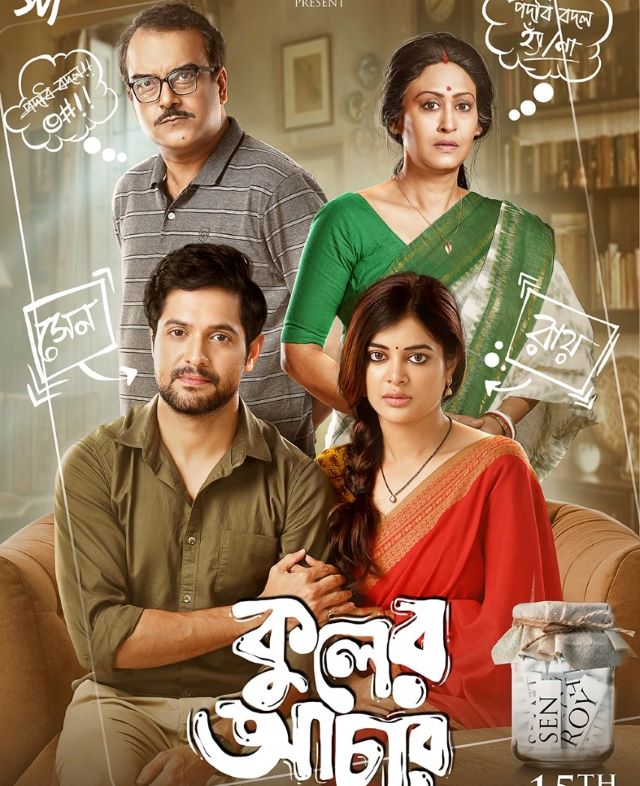 Along with Madhumita and Chatterjee, the poster features veteran actors Indrani Halder and Neel Mukherjee.

The film tells a story revolving around the willingness of a lady to keep her maiden surname and the comedic yet poignant complexities that revolve around the idea.

Madhumita will be back on the screen for Kuler Achaar after the success of Cheeni and the acclaimed Tangra Blues, to tell the story of Mithi, a young woman who is determined to not change her surname after marriage.

Chatterjee will be seen playing the role of Pritam, who is Mithi's supportive and liberal husband.

The film is slated for Jul 15 release.