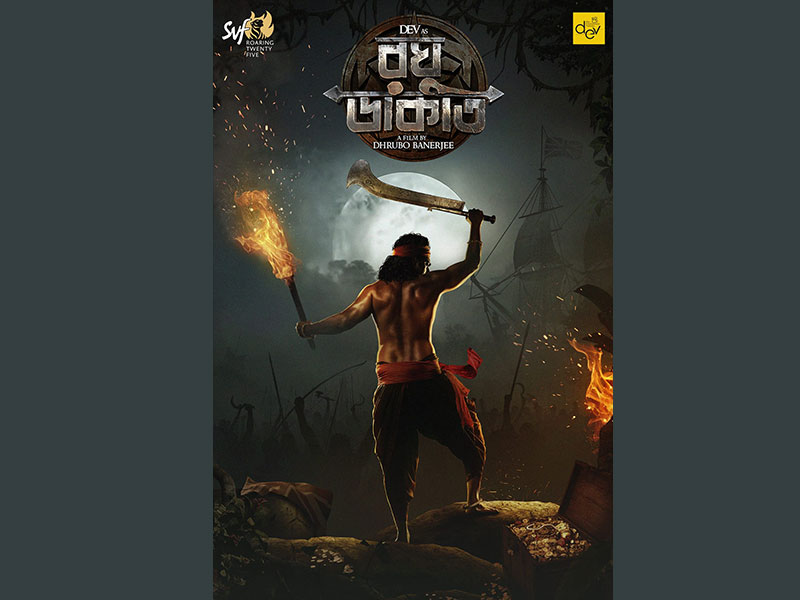 Kolkata/IBNS: After the success of 'Golondaaj', SVF, filmmaker Dhrubo Banerjee and Tollywood superstar Dev have teamed up for the film 'Raghu Dakat', a fantasy folklore that unearths one of the most pertinent chapters of Bengal’s history through an icon who rises to emerge as a legend.

The larger-than-life fictional story of 18th century 'Bengal’s Robinhood', a messiah who stood by the commoners against oppression and injustice. A fugitive, who fought to reinstate the law of the land.

'Raghu Dakat', positioned to be one of the biggest Bengali films ever in terms of magnanimity and scale, brings the elements of fantasy and folklore on-screen to depict an integral part of the history, culture, and heritage of Bengal.

Based on the era of the 18th century, the story anchors one of the darkest phases of Indian history which remains vastly unexplored. It is an astounding tale of a time of extreme turmoil that demanded a Saviour.

Dev will be moulding himself to emerge as the legendary Raghu Dakat.

This will be his second collaboration with Banerjee who is credited for series like 'Guptodhoner Sandhane' and 'Durgeshgorer Guptodhon', and the recent sports period film 'Golondaaj'.

Talking about his intent of taking Bengali cinema to a whole new level, Banerjee said, "This is pretty much what I am trying to achieve in Bengali films - expanding the market at its optimum level, bringing alive the big screen magic with larger-than-life unique original stories of Bengal backed by modern day technologies which will offer national scalability.

"Only then will we be able to create a larger audience base. We may be short on resources, but the zeal to position and align our content at a national level alongside the biggies is worth a try with the treasure of stories and immense talent base that Bengal offers."

‘Raghu Dakat’ will go on floors mid next year.