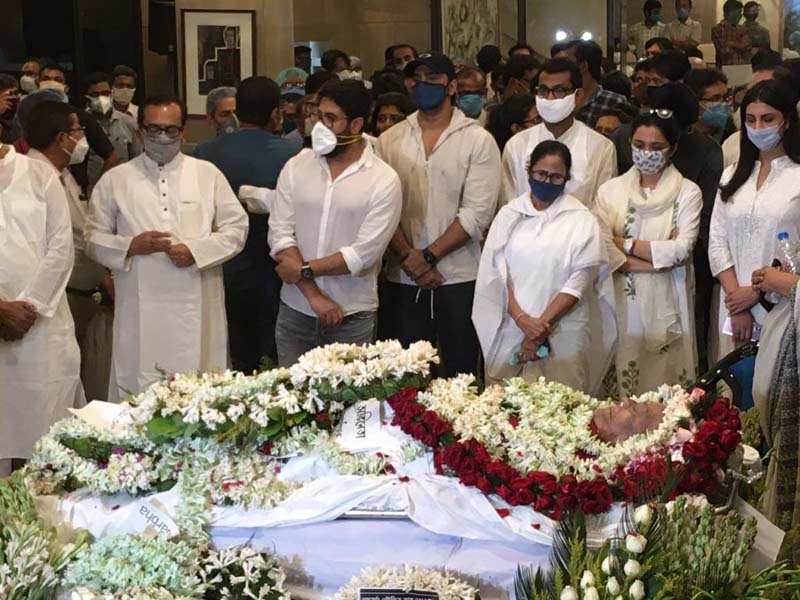 Ending decades of a memorable journey on the big screen, Soumitra Chatterjee passed away on Sunday, leaving behind  works which will be cherished by generations to come.

Soumitra Chatterjee's mortal remains was kept in Rabindra Sadan, the cultural epicentre of the city, earlier in the day for his countless admirers to pay tribute to their beloved icon.

Later, his body was brought from Rabindra Sadan to the crematorium where throngs of people had joined his last journey to catch a glimpse of the actor who had worked with equal brilliance in both commercial and arthouse movies.

West Bengal Chief Minister Mamata Banerjee and other top officials were present in the crematorium to pay tributes to the thespian who will also be remembered for his strong performance in several movies directed by Oscar-winning filmmaker Satyajit Ray.

Politicians, including Indian PM Narendra Modi, Tollywood and other Indian actors and people from different fields of life posted their condolences for the entire day on social media as they paid their last tributes to the legend.

President Ram Nath Kovind on Sunday mourned the death of legendary Bengali actor Soumitra Chatterjee and said he has made immense contribution to the craft of acting.

"Soumitra Chatterjee’s performances won him several national and international awards including Dadasaheb Phalke Award, Padma Bhushan and Légion d’Honneur. Condolences to his family, the film fraternity and millions of fans across the world," the President said in a statement. 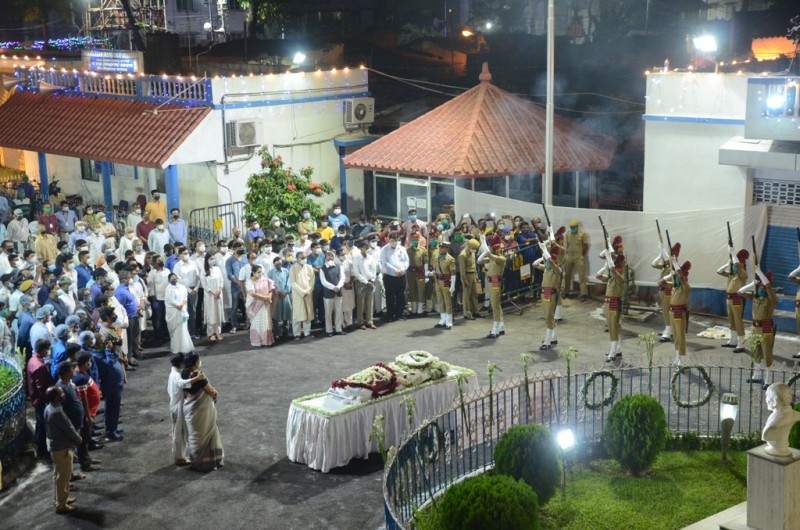 Indian PM Narendra Modi on Sunday condoled the death of Bengali film legend Soumitra Chatterjee and said his demise is a colossal loss to the world of cinema.

"Shri Soumitra Chatterjee’s death is a colossal loss to the world of cinema, cultural life of West Bengal and India," Modi tweeted.

Chatterjee,85, a Dadasaheb Phalke Award recipient Soumitra Chatterjee passed away on Sunday at around 12-15 pm at the Belle Vue Clinic here, according to hospital sources.

I have never met anyone who knew so much: Sharmila Tagore remembers Soumitra Chatterjee 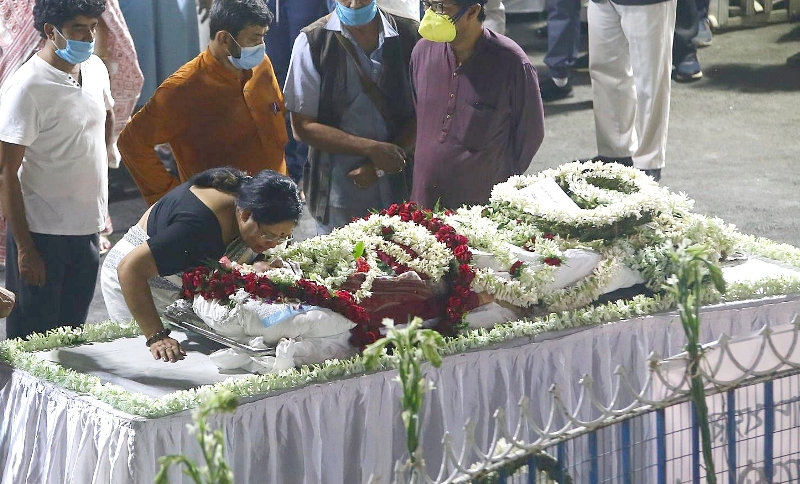 Obit: Soumitra Chatterjee (1935-2020): The last of the Bengali celluloid Mohicans 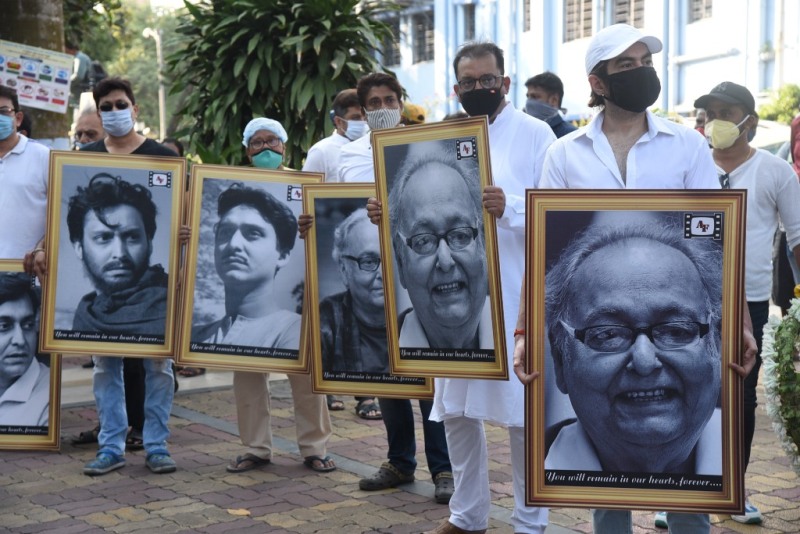