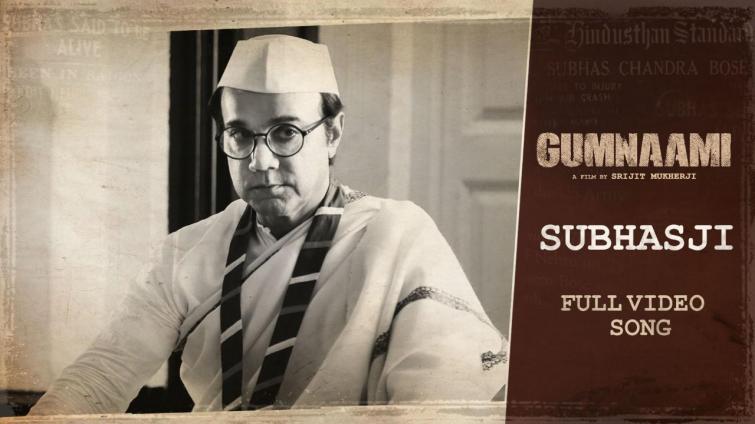 The song was launched in the presence of the lead cast namely, Prosenjit Chatterjee, Anirban Bhattacharya, Tnusree Chakraborty, music director Indraadip Dasgupta and Director, Srijit Mukherji. The event took place in front of a Netaji statue in a prime location in Kolkata among common public and media professionals.

The film Gumnaami is based on the Mukherjee Commission Hearings. It takes us through the various theories on the death and disappearance of one of the greatest freedom fighters of British India – Netaji Subhas Chandra Bose.

Subhasji, a rendition paying respect to the majestic leader of our country, was originally composed by the 35 lakh Indians and soldiers of the Azad Hind Fauj to welcome Netaji when he returned to Singapore on 3rd July 1943. 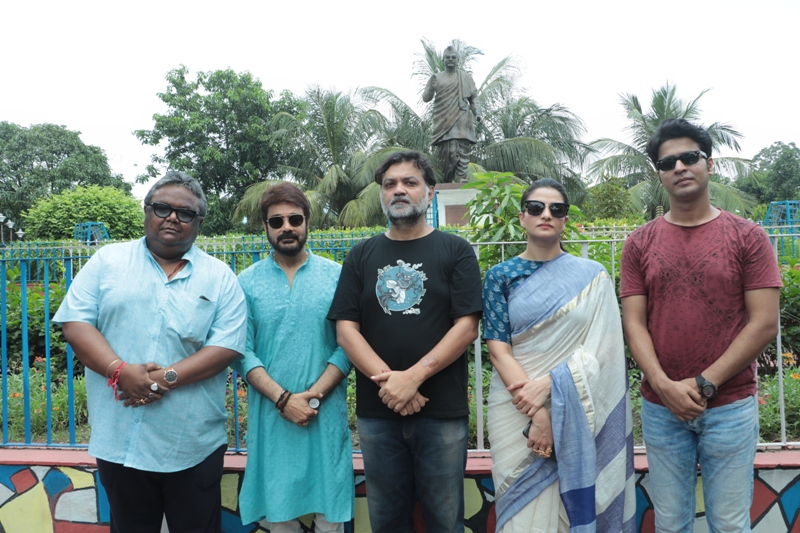 Sonu Nigam in his dulcet tones and soothing voice brings forth the song to the audience as the first song launch of Gumnaami with Prosenjit Chatterjee as Netaji Subhas Chandra Bose in the visuals.

Director Srijit Mukherji said, “I am proud to present Subhasji, a song dedicated to Netaji. Even after day to day with legal hassles and altercations, we will not let our spirits and excitement about the film go low. This song launch is a moment for us to inform the audience that this film pays immense respect to Netaji and I urge them to watch the film post its release on 2nd October.”

Produced by SVF and directed by 2019 National Award-winning director Srijit Mukherji, Gumnaami starring Prosenjit Chatterjee, Anirban Bhattacharya, Tnusree Chakraborty and others is scheduled to release in both Bengali & Hindi languages. The music used in the film is the original soundtrack by INA & D.L. Roy and has been rearranged by National Award-winning music director Indraadip Dasgupta.