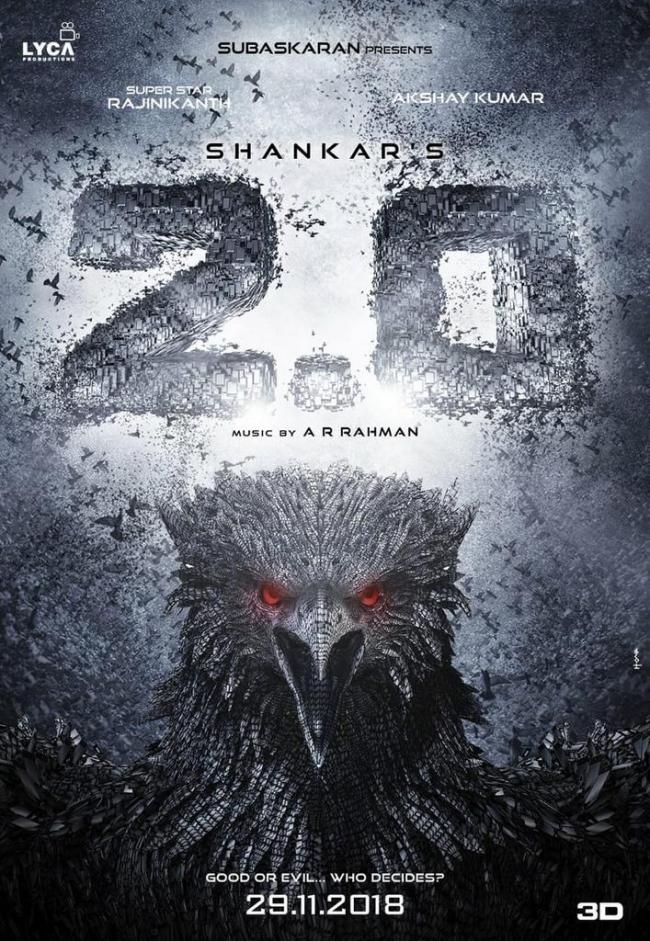 2.0 is one of the most awaited movies of the year.

It features Akshay Kumar as villain and Rajinikanth.